The West Wicklow village becomes a replica of 1950's living, with live trad music, farming and craft demos on display 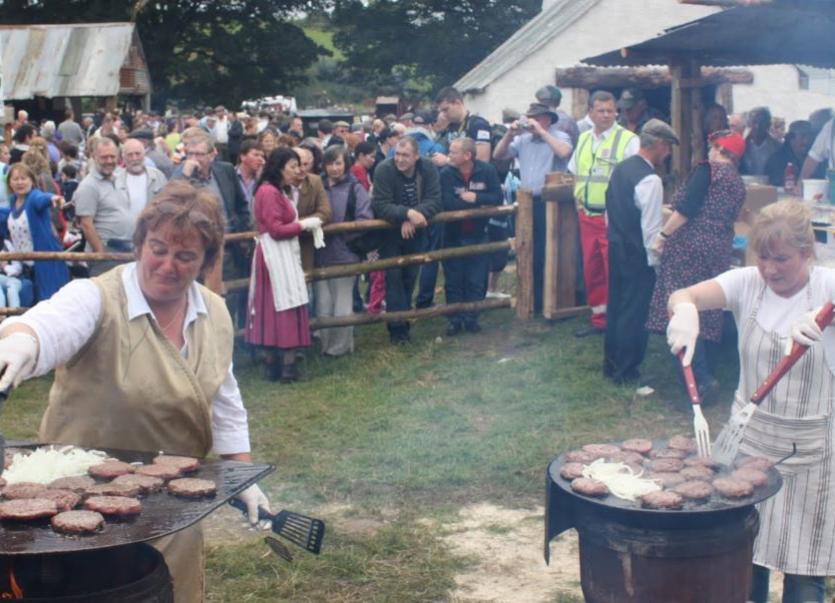 Hollywood Fair runs over August 10 and 11, 2019 and offers a fab weekend of vintage encapsulating the 1950s.

Dig out the braces and breeches, the hair nets and pinnies because Hollywood Fair returns this year for another weekend of vintage fun replicating the 1950s!

The Fair will be hosted over the weekend of August 10 and 11, with all the regular attractions, and more.

“Our pre-1950's rural heritage theme of the Fair has proven a huge hit with everyone and we are asking visitors to embrace the spirit of the occasion by dressing up in pre-1950s attire” said John O'Neill of the Fair Committee.

“It makes the Hollywood Fair all the more exciting and you get to enjoy the spectacle of seeing everyone else in clothing from a by-gone era!  Whether it’s nostalgia for the past or something else, both the farming community and townspeople alike have been flocking to Hollywood since 2011 to be part of our celebration”.

And it isn't hard either to duplicate the dress or 'look' of the 1950's; charity shops in surrounding towns report a steady increase in customers looking for long skirts, 'caipíns', berets, floppy hats, braces and indeed,waistcoats and Aran cardigans. And the Fair incorporates a marvelous mix of entertainment, live traditional music, cooking, crafts and farm demonstrations, a photographic exhibition of Hollywood and the area, plus stall holders selling bric-a-brac, crafts, arts, and vintage goods. Food stalls mimic dishes served in the '50s – along with some contemporary fast food, for the non adventurous and home cooked goodies served with tea or coffee! You won't be bored, and you certainly won't go hungry!

John added: “After Mass, we have planned another slow-bicycle race which is followed by a dramatic re-enactment in an adjacent field – the theme of this year’s re-enactment is the Flooding of the Poulaphouca Lake in the early 1940s. Afterwards, there will be music on our stage in the village from 8.30pm.

He continued: “We are expecting a huge turn-out on Sunday 11, with numerous exhibitions of traditional crafts such as a blacksmith at work, stone-cutting, wood-turning and butter making.

“In recent years, we have had almost 100 stalls selling their wares and we expect a similar number this year. Handicrafts being displayed and demonstrated include spinning, knitting and sewing. Among the items on display at the Fair are vintage cars and farm machinery.

“You could also find love at the Fair as the renowned Lisdoonvarna Match-Maker Willie Daly will attend again this year. Another major attraction is the Sheep Show: competition for the various categories attracts intense local interest”.

Entrance fee is just €5 with children U12 free of charge

“This is the eighth Fair to take place since 2011 and it becomes increasingly popular each year. So make sure to come along to the Hollywood Fair – we’re really looking forward to seeing you there” concluded John.