REVIEW: Lessons in life and love as Brian Friel's 'Lovers' runs at The Moat Theatre this week 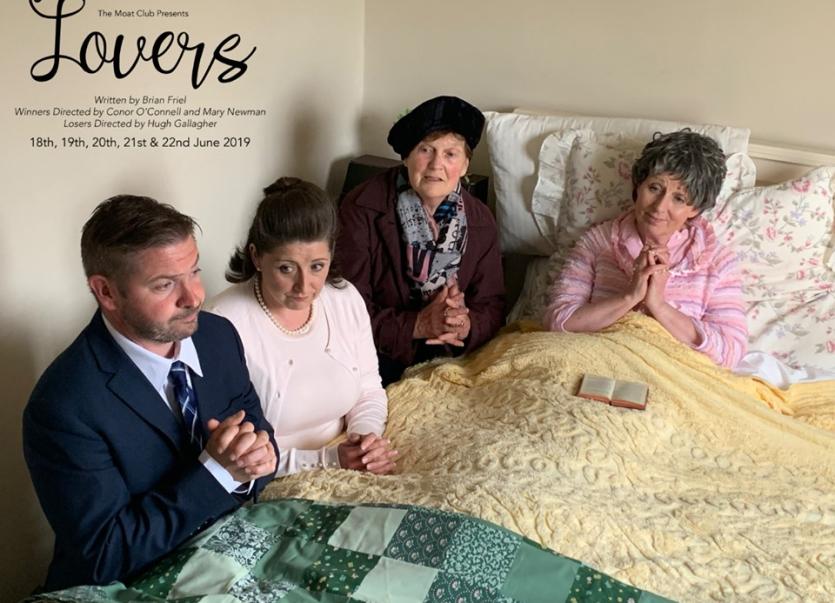 For many people love comes in all shapes and forms, and this is explored in the Moat Theatre’s production of legendary playwright Brian Friel’s ‘Lovers.’

‘Lovers’ by Brian Friel is a great example of how love can indeed be a funny old business in more ways than one and with typical Friel genius, the two halves of this lovely work explore different aspects of love, combining poignancy and comedy in equal measure.

The play had its opening night on Tuesday June 18 at 8pm in the Moat Theatre, which quickly filled with those eager to see Friel’s work brought to life.

The first part of the play features the ‘Winners’ which is directed by Mary Newman and Conor O’Connell and stars Clodagh Donnelly as the bubbly and opinionated Margaret Mary Enright and Aaron O’Connor plays the studious, hardworking Joseph Michael Brennan. More commonly known as Joe and Mag, the teenage lovers are madly in love with one another, both just 17 years of in a 1960’s Ireland.

We meet them on a warm June day as they laugh and argue and hope and dream. Funny and engaging, they soon have their audience dreaming and laughing along with them. The play is set atop a hill (a thoughtfully created raised platform in this case) with the simple premise of Mag and Joe revising for their exams.

However, throughout the play they become distracted and talk on different subjects (much to Joe's annoyance) and through this we hear the further back story behind the characters. 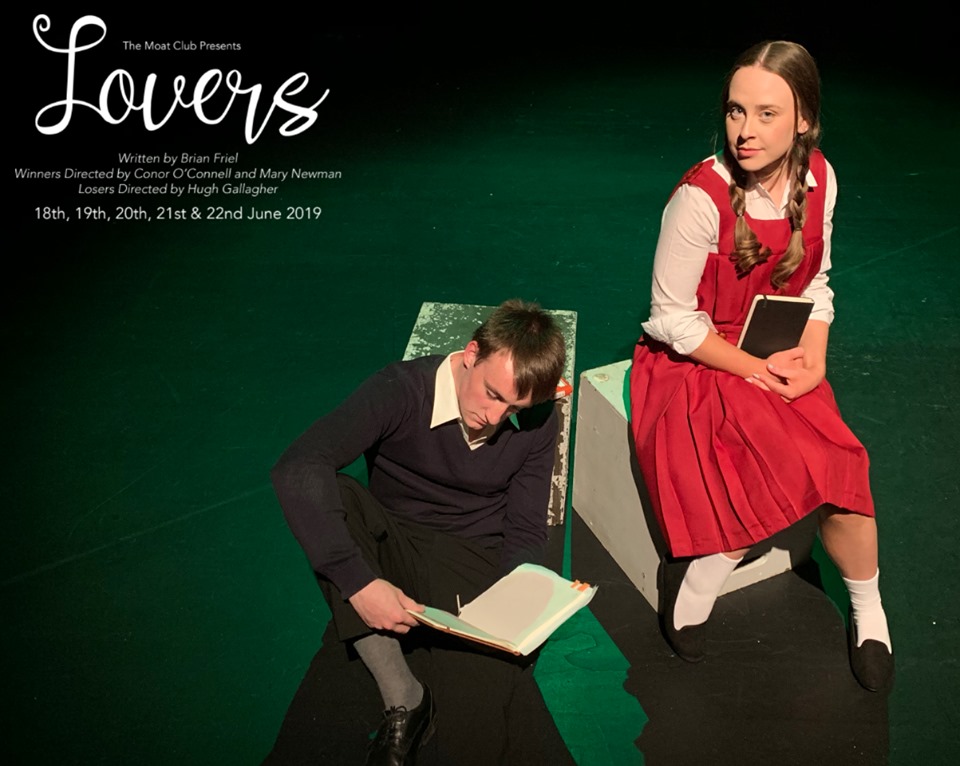 Both Donnelly and O’Connor give terrific performances which are entirely believable going from earnest declarations of love to squabbling in the blink of an eye. ‘Winners’ brings the the audience on an unforgettable journey which showcases young love in all its innocence and enthusiasm with engaging monologues and the use of a ‘Man’ and ‘Woman’ narrator providing backstory for the characters which works remarkably well under keen direction from Newman and O’Connell.

Meanwhile, ‘Losers’ opens at a different point on the age spectrum, where we meet Hanna and Andy.  Despite the gloomy title, this part of the play is genuinely hilarious as we get to know the middle-aged lovers (played by Dermot Campbell and Mags Harper respectively) struggling to hold on to romance and passion against the formidable force that is Hanna’s bedridden and devout Catholic mother (played by Moll Fullham) and her pious friend Cissy (Cathy Lawler). 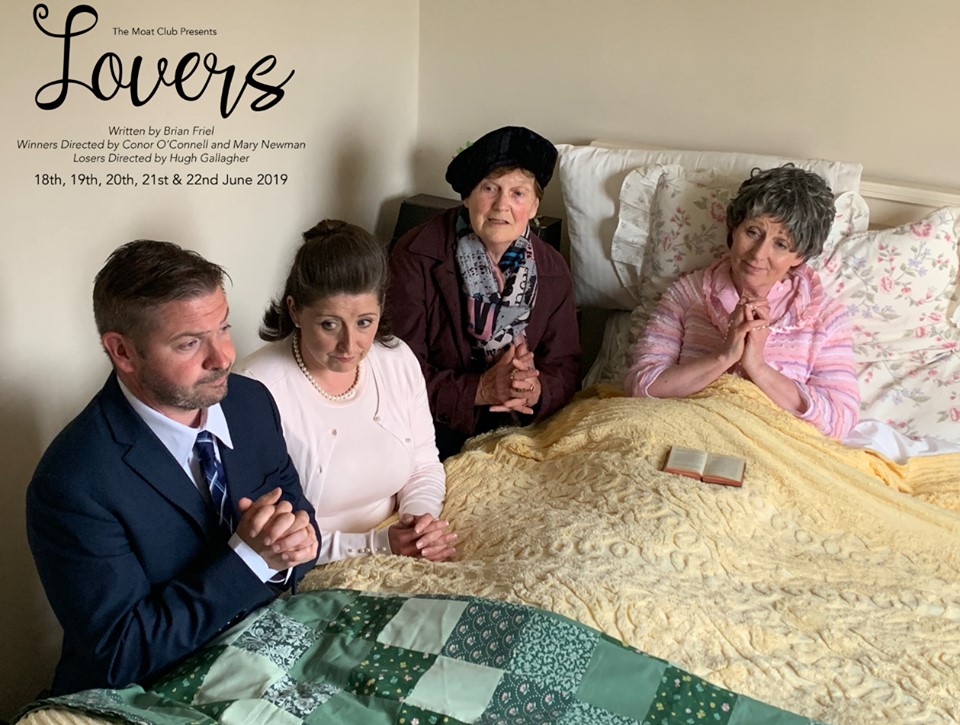 ‘Losers’ is directed by Hugh Gallagher and features an impressive set which bears the appearance of a kitchen/dining area within the family home, with couches, table, and a kitchen cabinet included to give it a realistic feel. Similarly, ‘Losers’ has a nice balance of comedy and seriousness which will certainly intrigue audiences, and the talented cast shine bright as they play unique yet relatable characters.

Both ‘Winners’ and ‘Losers’ together provide the audience with plenty of life lessons and endless laughs which is sure to delight fans of the great Brian Friel.

‘Lovers’ will run at the Moat Theatre until June 22 at 8pm each night and tickets cost €12/15 and are available from www.moattheatre.com