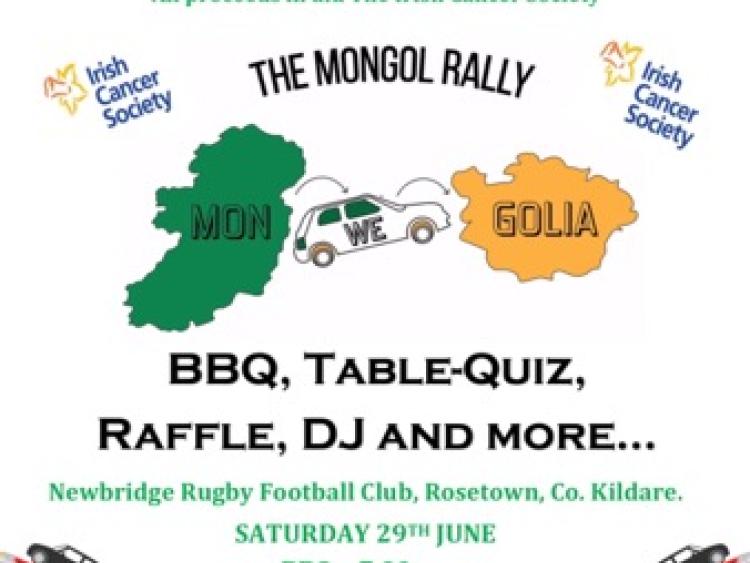 This Saturday evening there will be a special launch party taking place in Newbridge Rugby Club from 7pm to cheer on Team 'Mon- We-Golia' as they prepare to set off for the 2019 Mongol Rally.

Good friends Cian Rea, Paddy Kavanagh and John Finn are taking on the Mongol Rally this July in their 2002 Nissan Micra 'Audrey' to raise much needed funds for The Irish Cancer Society. The lads are going by their Team name of 'Mon-We-Golia'.

The three friends are all aged 23 and have been friends since childhood, also having attended secondary school together at Newbridge College.

The Mongol Rally is an international charitable rally which involves driving 10,000 miles from Prague to Mongolia in a 1 litre engine car, with thousands of participants coming from across the globe.

The Kildare lads will leave Ireland on 18 July by ferry over to France where they will then drive on to Prague to make it in time for the launch. They are also searching for camping gear and food to bring with them on their exciting journey and have said that 'Audrey' is almost ready to go with a brand new set of wheels and other adjustments. 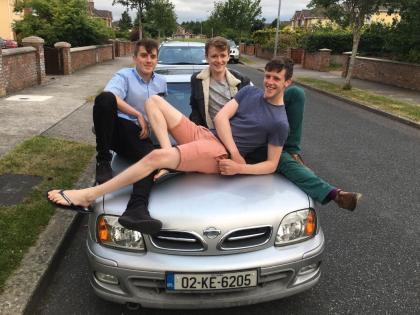 Pictured: Cian Rea, Paddy Kavanagh and John Finn with 'Audrey' as they gear up for the Mongol Rally in July 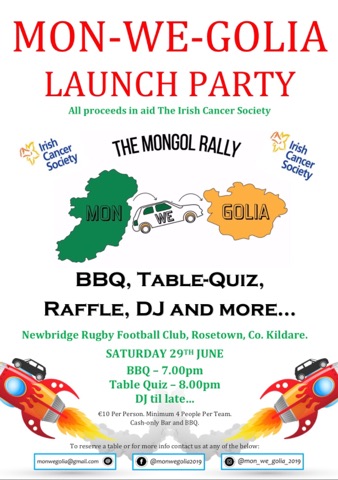 The lads will travel from Prague on to Turkey, Israel, Iran, Russia and then to finish in the Mongolian capital of Ulaan Baatar with the finish line to remain open until September 16. They are hoping to raise funds in aid of the Irish Cancer Charity which is close to their hearts.

Tonight there will be a launch party taking place at Newbridge Rugby Club with a BBQ at 7pm, followed by a table quiz at 8pm then a DJ until late and much more on the night and entry is €10 per person and it's sure to be a great send-off for the lads!