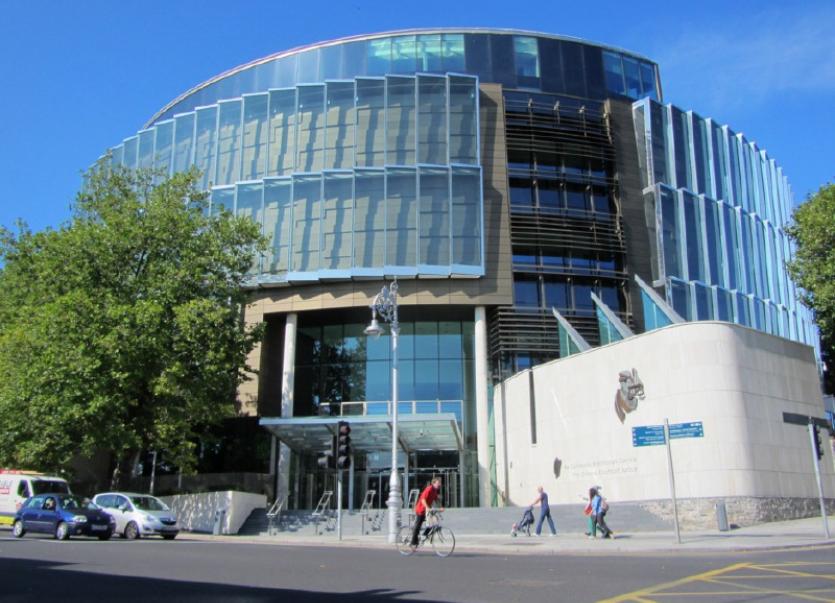 A newspaper editor has been fined €4,500 after being found guilty of contempt of court for a front-page headline and article that "posed a real risk" to the trial of two boys convicted of murdering 14-year-old Anastasia Kriegel.

Sebastian Hamilton, editor of the Irish Daily Mail, must pay the fine within six weeks or face three months in prison. The paper's publisher, Associated News (Ireland) Ltd., was fined €25,000.

Mr Justice Paul McDermott today (MON) found that a consultation system put in place by Mr Hamilton was "inadequate" and there was "no effective editorial control over the manner in which the story was conveyed to the public". He passed judgement at the Central Criminal Court following a hearing last week in which the company pleaded guilty to contempt, while Mr Hamilton denied the contempt charge.

Mr Hamilton's lawyers argued that he had left the building when changes were made to the court reporter's copy that resulted in the inaccurate front page story. Eoin McCullough SC, on Mr Hamilton's behalf, said the editor had put in place a system whereby the court reporter should be consulted before any changes were made. His instructions weren't followed, he said, and if they had the inaccurate material would not have been published.

The boys, referred to in the media as Boy A and Boy B are aged 14 and cannot be identified. They were convicted last month of murdering Ana at an abandoned house at Laraghcon, Clonee Road, Lucan on 14th May last year. Boy A was also convicted of Ana's aggravated sexual assault in a manner that involved serious violence to her.

Mr Justice McDermott said the contempt issue arose due to a headline published on day two of the trial on May 3, which read: "CCTV shows Ana being led to her death," between quotation marks. He said this was not a fair or accurate depiction of what happened in court that day as no witness said the CCTV showed Ana being led to her death. He said the headline gave rise to a "real risk of injustice" and a "real potential to put pressure on the two accused." In particular, he said, it was damaging to Boy B as it was alleged in a sentence entered into the report that it was he who was leading Ana to her death.

Mr Justice McDermott said the "highly respected court reporter" Helen Bruce, who wrote the story, bears no responsibility for the contempt. The headline, he said, did not accurately reflect the copy she had written and she was not consulted on a rewrite that inserted the inaccurate line into the copy. He said Ms Bruce's accurate account was embellished and an inaccurate sentence was "wrongly inserted by a member of the editorial staff".

When the headline was brought to the court's attention on May 3 Mr Justice McDermott initially banned all media reporting on the trial until a verdict was reached. He later changed the order to only restrict the Irish Daily Mail from reporting the trial.

Speaking today, Monday, Mr Justice McDermott noted that Mr Hamilton had put in place a process whereby Ms Bruce was to carry out any rewrites of her work. But he said this was "inadequate" as it was ignored by his staff and he added that there was: "no effective editorial control over the manner in which the story was conveyed to the public." He said the article posed a "real risk to the administration of justice" and the failure to consult Ms Bruce was a "serious lapse within the editorial staff of the newspaper".

He also said that legal authorities have established that the editor carries criminal liability if a contempt is published in a newspaper for which he is responsible.

He added: "I am satisfied that Mr Hamilton is responsible for publication and a contempt has been committed by him in relation to his role as an editor of the newspaper."

In relation to Associated Newspapers Mr Justice McDermott said he considered the contempt to be in the mid-range for this type of offence and set a headline fine of €30,000 for the newspaper. He reduced it to €25,000 after taking into account mitigating factors including an early guilty plea and an offer by the company to pay the DPP's costs.

In relation to Mr Hamilton he said the appropriate headline fine would be €7,500 but taking into account mitigating factors, including that Mr Hamilton had put in place a system he believed would prevent Mr Bruce's copy being inaccurately edited, he reduced that to €4,500. The company was also ordered to pay the DPP's costs.