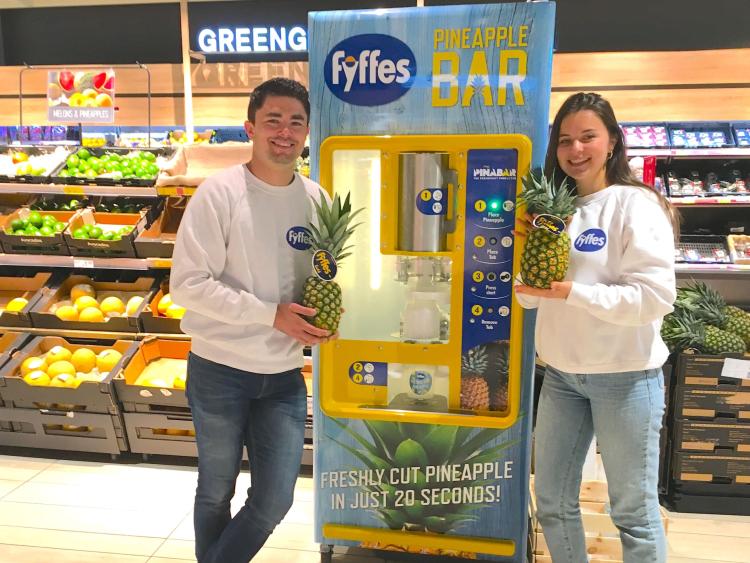 Shoppers visiting Dunnes Stores in Maynooth this weekend, will have the chance to witness something they probably didn’t know was possible – a machine that can strip every morsel of fruit from a pineapple and chop it into succulent bite-size pieces, served in a compostable tub – all in just 20 seconds!

Bringing a whole new meaning to the term ‘fresh fruit’, the state-of the-art pineapple cutting machine – understood to be the first of its kind in Ireland – is being supplied to Dunnes Stores by Irish fruit importers Fyffes.

One of a number of demonstrations planned by Dunnes this Summer, it will give Maynooth shoppers what Fyffes marketing manager, Emma Hunt-Duffy says will be ‘the chance to see how quickly a swish of blades can serve up pineapple-to-go and at no added cost beyond the recommended retail price of the pineapple itself’.

Photo Caption: Sean Dockrell and Alice Marcoux help bring a whole new meaning to the term ‘fresh fruit’. With them is the new state-of the-art pineapple cutting machine – understood to be the first of its kind in Ireland – which is being supplied to Dunnes Stores outlets nationwide this Summer by Irish fruit importers Fyffes. 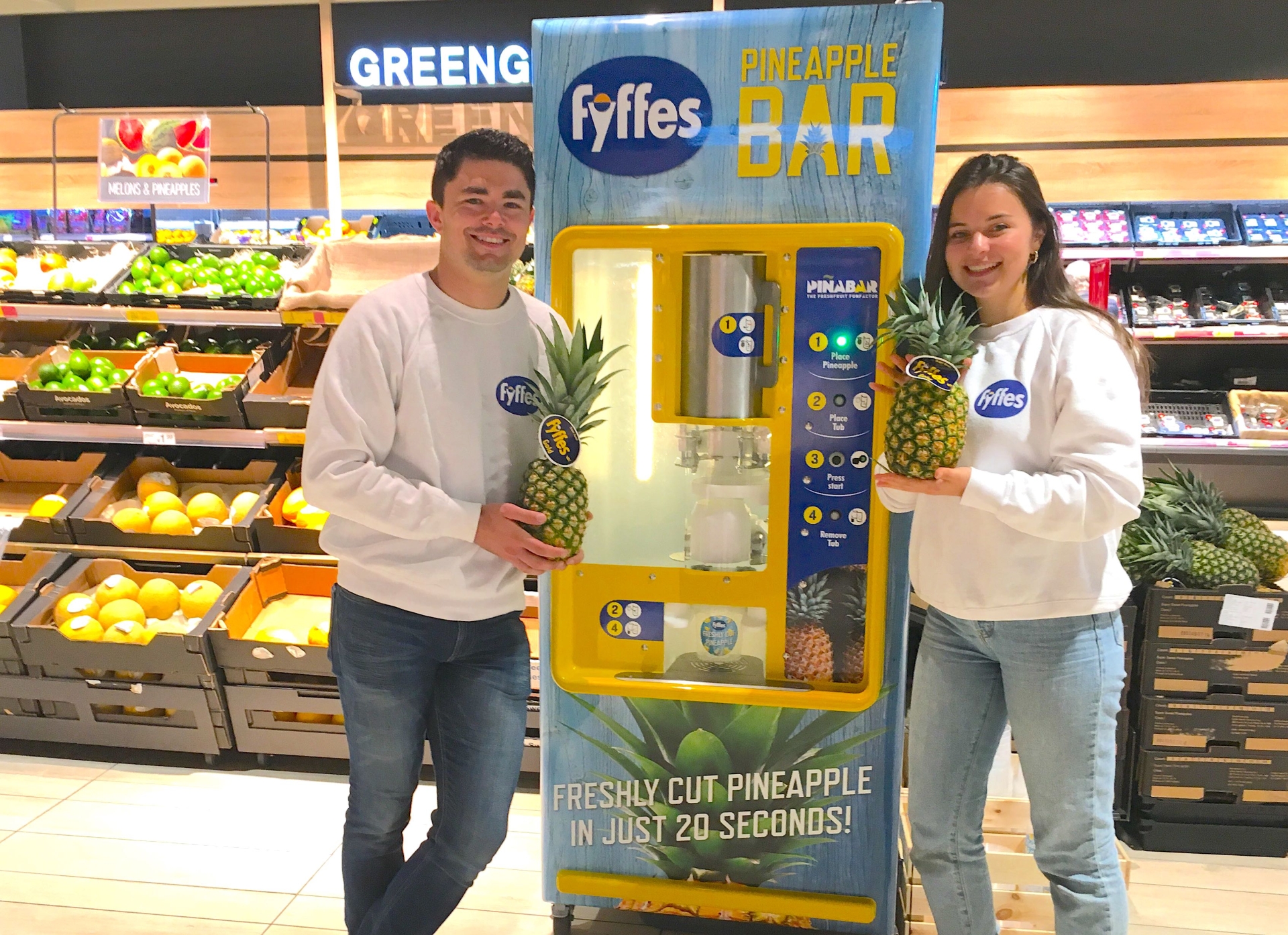