"It's going to be bigger and better than my first bout hopefully." 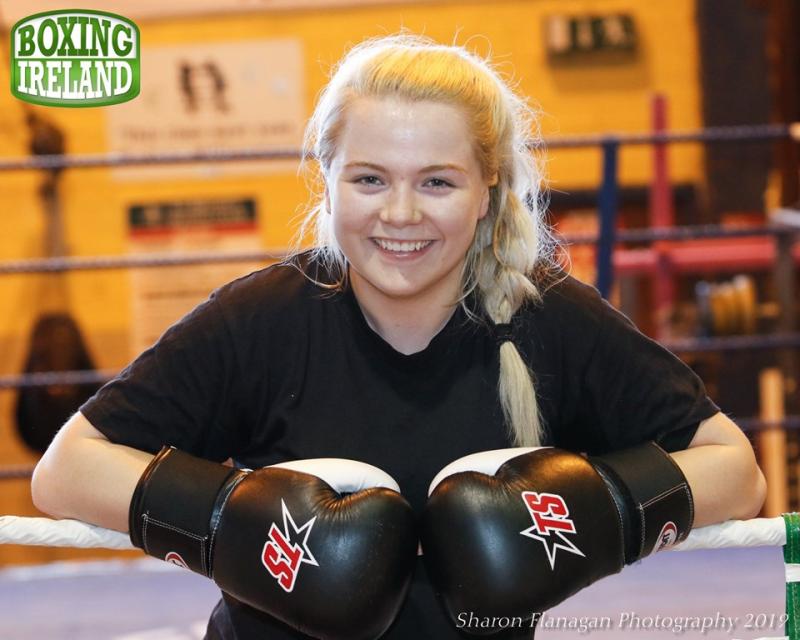 Pic: Katelynn Phelan is the youngest professional boxer in the country and will fight in the Neptune Stadium in Cork tomorrow Saturday July 20 from 7.30pm. Pic Shannon Flanagan Photography

Co Kildare boxer Katelynn Phelan (19) is gearing up for her second professional bout since she turned pro last year with a fight in the Neptune Stadium in Cork City tomorrow night Saturday, July 20.

The Kildare Town teenager made history earlier this year when she became the youngest female boxer to turn professional. Katelynn signed her first pro deal with promoters Irish Boxing and she will step into the ring for her first fight under their banner on Saturday night in Cork.

Katelynn is a graduate of St Brigid’s Boxing Club in Kildare Town and she has trained for 14 years with her father and coach Paddy Phelan, also coming from a family of boxers.

Daughter of Martina and Paddy, she is the youngest of four children and her brother Allan Phelan (25), is the current featherweight pro, while her brother Darren(29), is also an accomplished boxer. Her sister Lisa- Marie (31), a qualified dietician advises her on what to eat while her father trains her.

She trains daily, twice a day and after a very successful first professional bout in March where she defeated Olympian Monika Antonik at the 'Clash of the Titans 'event in the National Stadium in Dublin in March live on TG4. Now for her second bout she will face Galina Gyumliyska, a fighter over 20 years her senior and an operator with 50 plus more fights to her name – including a pair of bouts versus trailblazer Jane Couch.

Speaking to KildareNow ahead of tomorrow night's fight, Katelynn said: "I'm training flat-out, I can't wait for this fight tomorrow night, it's like Christmas. It's going to be bigger and better than my first fight hopefully, I'm fighting Galina Gyumliyska from Bulgaria, she's very experienced so it'll be a tough fight. I'll give it my all and hope for the better."

Meanwhile, Katelynn is also hoping that more fights will be on the cards for her later this year. "I’m definitely hoping to get another fight or two in before the end of the year,"she said.

A winner of a bronze medal in India last year, she also scooped bronze in the Europeans in 2016, along with winning several Golden Girl Championships in Sweden.

The former primary school student at Scoil Bhríde Naofa, Kildare, and Kildare Primary School, is now dedicating all of her time to boxing. 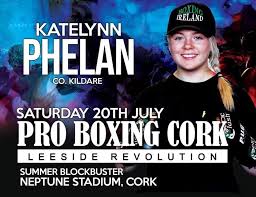