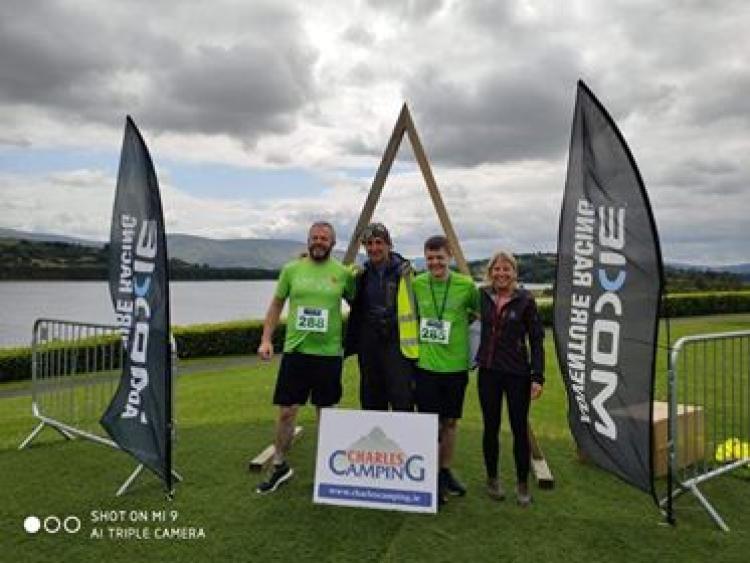 An inseparable father-son duo from Naas have so far raised €920 euro for The Irish Childrens Arthritis Network which helps children with arthritis after taking part in the annual Moxie Adventure Race in The Avon, Blessington, last Saturday 20 July.

David and Daniel Flanagan (15) from Greenmount Rathmore in Naas, ran, cycled and kayaked over 32km in less then 2 hours and 20 minutes as part of the Moxie Adventure Race.

Young Daniel was diagnosed has fought JIA Arthritis for over 10 years, and he is determined to help other young people affected by arthritis, setting up a fundraising page to raise much needed funds for ICAN. 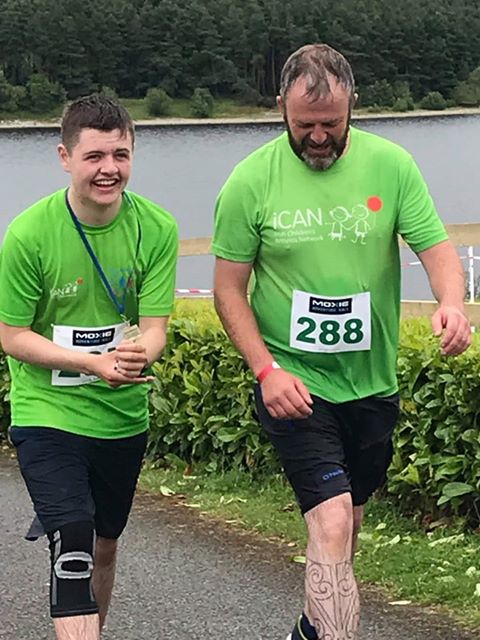 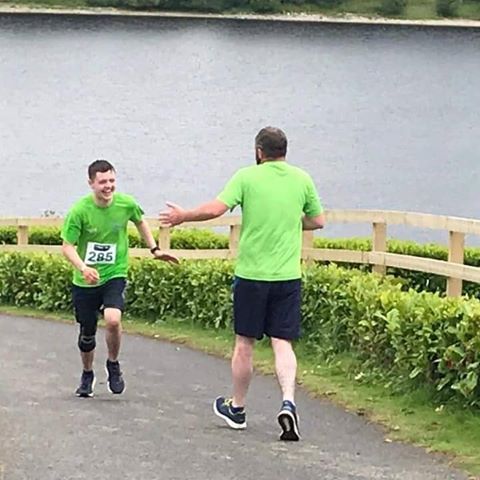 Juvenile Idiopathic Arthritis (JIA) affects children people under 16 years of age and it causes one or more joint to be hot to touch and inflamed, and idiopathic means that its cause is unknown.

There are several types of JIA:
Oligoarticular: This is the most common type and involves arthritis in four or fewer joints. This type of arthritis has the hightest chance of developing Uveitis (inflammation of the eyes).

Polyarticular: This involves arthritis in five or more joints.

Systemic Onset JIA: This is characterised by the presence of high fevers, a rash and children with So-JIA are quite often ill with weight loss, enlarged lymph nodes and anemia. Macrophage activation syndrome (MAS) is a rare and potentially lethal complication of systemic-onset juvenile idiopathic arthritis, resulting from uncontrolled activation and proliferation of T lymphocytes and macrophages.

Psoriatic Arthritis: This is another subtype of JIA in which a child has chronic arthritis and a skin rash called psoriasis which looks like a dry scaly rash.

Enthesitis-related Arthritis: In addition to chronic arthritis, these children have inflammation of structures such as ligaments around the joint.

Undifferentiated Arthritis: Sometimes young people don’t fit neatly into one group and the condition is defined as undifferentiated

"Daniel decided a long time ago that this disease would never define him. He has worked so hard to compete and follow his passion and none of this would have been possible without the support of ICAN . Wendi found us on our darkest days and helped us through the toughest times of our lives, there have been times when Daniel couldn't walk, couldn't get out of bed he is still in constant pain but he never gives up.

This charity gives hope and friendship and a support that goes above and beyond. It gives these children parents and siblings  the power to believe in themselves and their indivdual goals," said a statement on the fundraising page.

On Saturday Daniel and his biggest supporter, his proud Dad David, participated in the race which was organised by Sarah Gilligan and Brian Keogh, who has supported Daniel since the first day he sat in a boat eight years ago.

Additionally, Daniel came third in the U18 category of the race.

For more information and to donate to the fundraiser visit www.idonate.ie

For more information and advice on JIA contact www.icanireland.ie