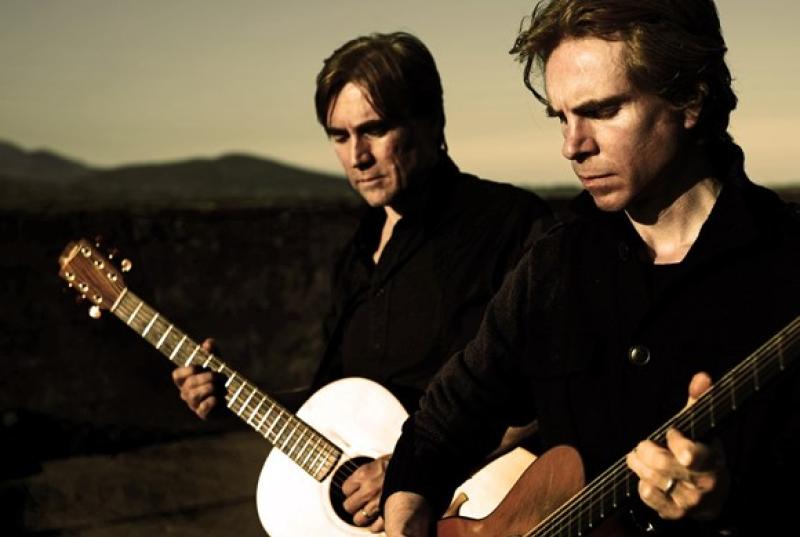 Pictured: Brothers Brendan and Declan Murphy of 'The Four of Us'

Clane GAA Grounds is getting set for its first major music festival this August attracting a wide array of famous Irish musicians, with well-known band ‘The 4 Of Us’ is set to headline the event.

The weekend event, called The Playing Fields, is widely anticipated and will take place at Clane GAA Grounds from Saturday 24 July to Sunday 25 July.

On Sunday 25 August acclaimed rock band ‘The 4 Of Us’ will be joined joined by Declan O'Rourke, Saarloos, The Two Johnnies, Dublin Gospel Choir, Empire Circus, Winter Heart and The Road Worn Frets.

The 4 of Us are one of the most acclaimed bands in Ireland, having been a steadfast part of Irish music history for 30 years. Blending contemporary roots with rock, the award- winning band was formed by brothers Brendan and Declan Murphy from the border town of Newry in Northern Ireland.

Their truly unique sound has garnered a large and loyal fan base and an enviable catalogue of timeless songs, including numerous Top 20 Irish charting albums and hit singles. Regulars on Irish radio playlists, their music has also been featured on American, UK, and Irish TV and film soundtracks.

The band shot to early fame towards the end of 1989 with their debut album ‘Songs for the Tempted’, which featured the massive hits ‘Mary’ and ‘Drag My Bad Name Down’. They are currently enjoying more chart success with the chart topping Feile Classical The Live album and have just returned from a sold out UK tour with folk legends Fairport Convention. Sugar Island, their latest critically acclaimed album explores the Murphy brothers' early years growing up in a border town during the height of the troubles in Northern Ireland.

“On the night we’re going to be performing a lot of our songs from our debut album ‘Songs of the Tempted’ which includes ‘Mary’ and we’ll also have the original band performing with us on stage,” he added.

Indeed, it has been a very busy year for the band and they have played 80 shows so far this year. The 4 Of Us has recently performed with Saving Grace in Cork, Belfast and Dublin with the show in Belfast completely sold out when they took to the stage on Wednesday, 24 July. Next up it will be a jam-packed schedule for the band as they play at a number of festivals and gigs such as the Coastguard Cultural Centre in Tramore, Co Waterford on July 26 and the Summerfield Music Festival in Co Wicklow on August 4, followed by Fairport’s Croperdy Convention in Banbury, England on August 4 and the Mungret Musical Festival full band show in Limerick on August 24.

“We’re doing quite a lot of festivals at the moment and we’re also putting in cameras as we record in studio so our fans can see us through subscribing to our website,” said Mr Murphy.

The 4 Of Us are a must-see for Kildare fans and for more information visit www.theplayingfields.ie and www.the4ofus.com