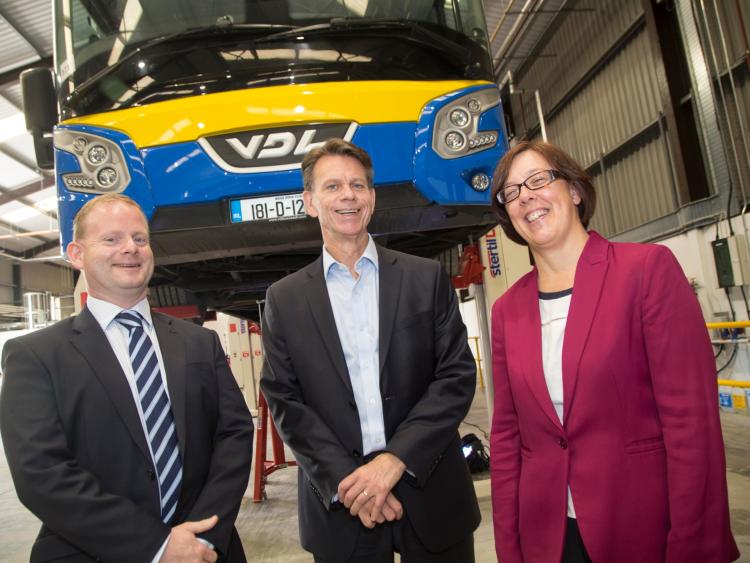 Go-Ahead Ireland, the country's newest bus company has today officially opened its second depot in Ireland. Located in the Naas Enterprise Park, the move sees the Go-Ahead Ireland create a further 100 local jobs and invest millions in the next phase of its Irish operation.

At today’s event was Ed Wills, MD of Go-Ahead Ireland, who commented, “In September 2018 we began operating our first bus route in Dublin. Since then we have carried close to 7 million passengers and now operate 10% of the bus fleet in the Capital. To manage this first contract, we invested an initial €12 million and created 450 jobs.

In preparation to operate the upcoming Commuter routes we have built this second state-of-the-art facility in Naas; invested a further €4.5 million euro and have created another 100 local jobs. We are fully committed to providing the travelling public with a reliable, enjoyable journey into and from Dublin and look forward to expanding our operation into Kildare and the surrounding regions.”

On hand to officially open the depot was opened by David Brown, CEO of Go-Ahead Group Plc and Anne Graham, CEO of the National Transport Authority (NTA).

Anne Graham, CEO of the NTA commented, “The opening of this depot represents an important milestone for Go-Ahead Ireland as operator of six bus routes in the Dublin Commuter Area along the Kildare corridor.

And as Go-Ahead Ireland gears up to begin operating these routes, we will work with them to ensure that the expectations of passengers in this area, are not only met, but exceeded.”

The new roles include bus drivers, engineers, maintenance and operational support, supervisors and admin personnel - the majority of which will be based in the new Naas depot, although there is some flexibility on location.

Mr Wills continued, "We are delighted to expand our investment, support the economy and create jobs in Ireland. It is important for us to grow talent locally and we look forward to engaging with the communities these new routes will operate in. Bus driver roles are great for those who enjoy working with the public and relish being part of a busy environment.”