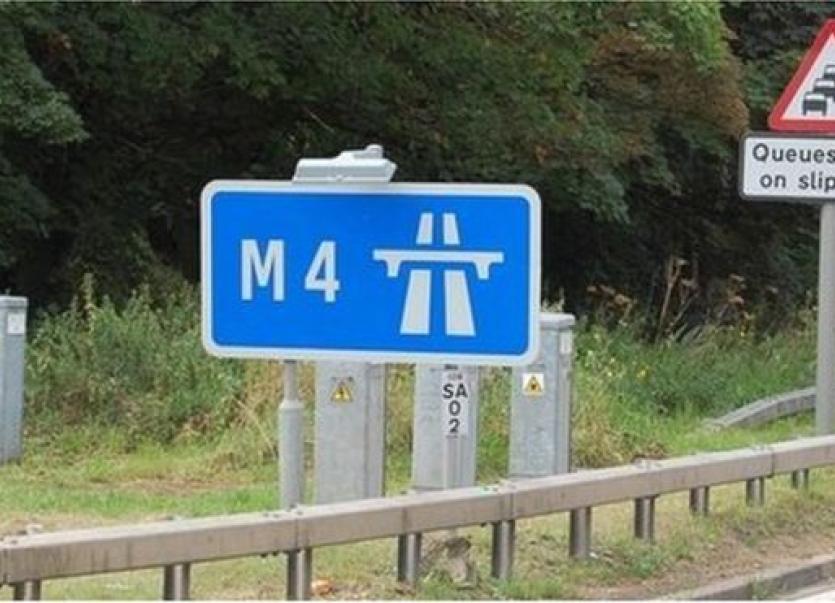 Labour's Emmet Stagg has welcomed the publication of Notices of Temporary Closures both Eastbound and Westbound between Junction 6 Celbridge and Junction 8 Kilcock on the M4 between Mid August and Mid October for resurfacing of the Motorway, as the new tarmacadam is a low noise surface.

Mr. Stagg stated that the current surface on the M4 dates from 1994 and that both himself and former Co. Councillor John McGinley had sought the provision of Low Noise Tarmacadam for a number of years.

Mr. Stagg stated that he had pointed out to Transport Infrastructure Ireland that the M4 as it passed Maynooth and Kilcock is defined as a major road under the Environmental Noise Directive and Environmental Noise Regulations and had traffic volumes 5 times the threshold.

"The Noise from the constant traffic has had a serious impact on residents in Maynooth and Kilcock living near the Motorway. In February 2018 TII indicated to Mr. Stagg that they were currently reviewing pavement conditions on this stretch of Motorway, which would assist them in the preparation of future works programmes and the prioritisation of necessary road pavement works," he said

Mr. Stagg stated that the Municipal Engineer has now confirmed to him that TII have indicated that a low noise surface Stone Mastic Asphalt is being used in the resurfacing. This stated Mr. Stagg should bring some relief from the noise to residents in Maynooth and Kilcock living near the Motorway.

In conclusion Labour's Emmet Stagg stated that if following the installation of the Low Noise Surface there continues to be an unacceptable noise emission from the Motorway Traffic he will work with newly elected Cllr. Angela Feeney in seeking the provision of noise reduction barriers at residential areas adjacent to the M4.