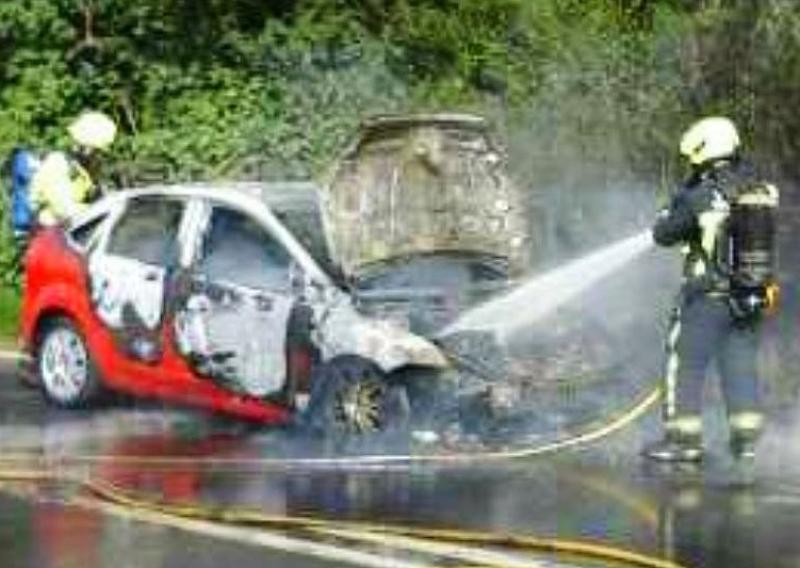 This was the scene as Blessington firefighters dealt with a car fire on the N81 road.

The incident happened on Sunday in the Hempstown area between Crosschapel and Manor Kilbride, according to Wicklow Fire Service. 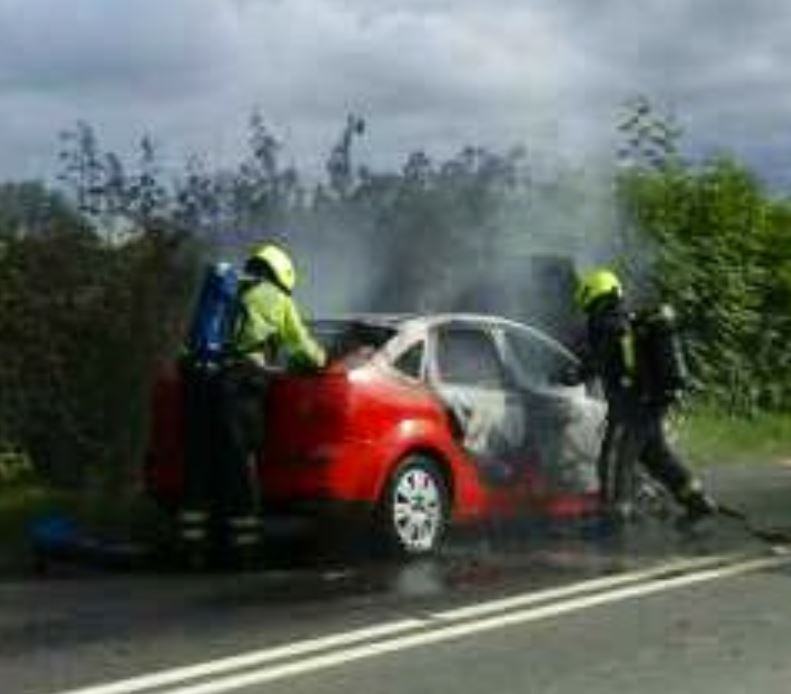 As the photos show, the heat of the blaze stripped a section of red paint from the body of the vehicle. 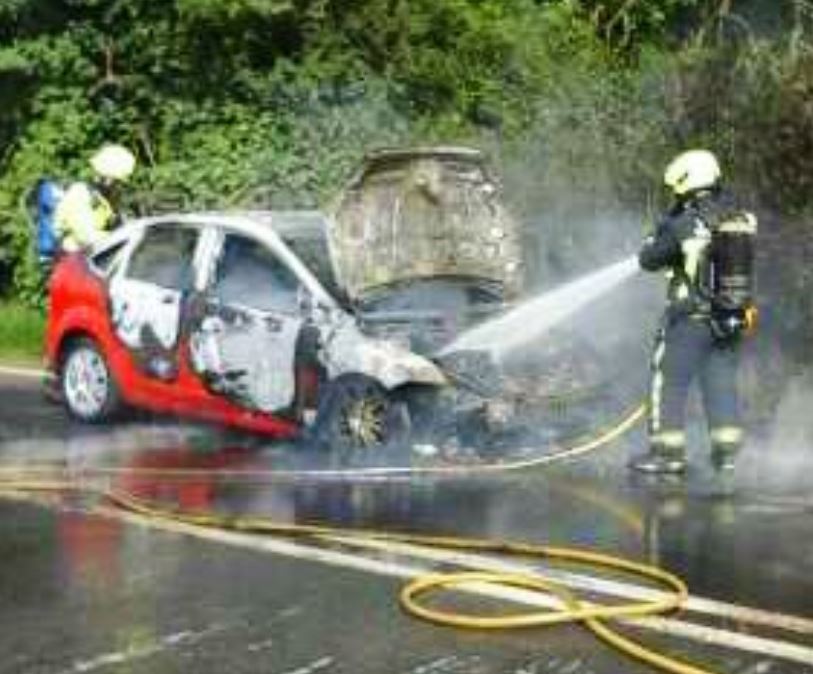 The fire may have started in the bonnet area as this is where one firefighter is directing his hose.

The crew used breathing apparatus equipment with oxygen cylinders to protect themselves against inhaling smoke and other contaminants.

Car fires can generate intense heat - over 2 megawatts (MW) - due to the burning of magnesium in the engine blocks.

Experts said the blazes can pose a serious risk as gas-filled struts in bonnets and boots can also explode causing them to shoot off.

When water is doused on a car fire, it can cause also mini explosions due to chemical reactions.