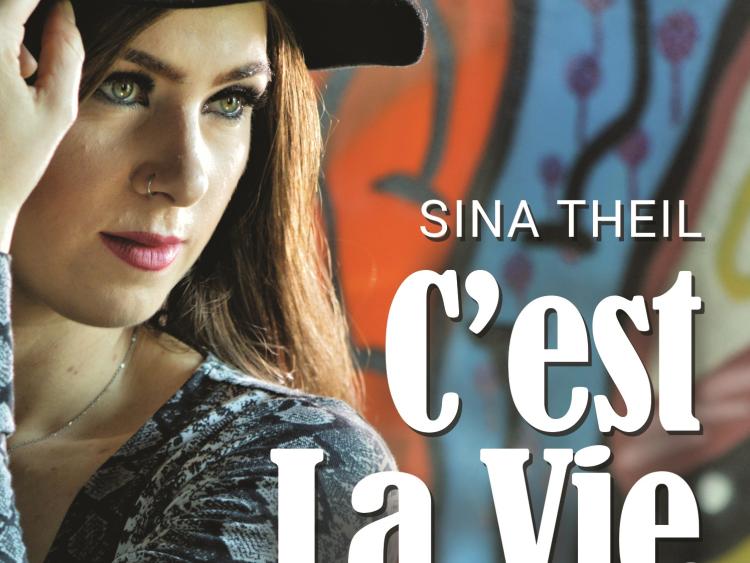 Naas resident and singer/songwriter Sina Theil singer is set to fill the Irish dance floors with her version of the all-time favourite "C'est La Vie", best known for featuring in the movie classic "Pulp Fiction", and her rendition of the classic tune has already soared to #2 in the Irish Country Download Charts!

This single is a follow-up from her tenth #1 in the Irish Country Download Charts "East Bound and Down" which was chosen as the theme song for Ireland's biggest Truck Show "Full of the Pipe" 2019.

The new track will be available on all major download platforms, including iTunes, Amazon, Google Play and many more from today, 1 August.

Sina Theil Theil is appearing at many Irish Festivals this Summer, including the likes of Cowboys & Heroes, Convoy to Cooley, Full of the Pipe, the Ballymore Country Music Festival, Achill Goes Country, closing "Bloom in the Park" with her 7 piece band, Mayo Manchester Tradfest, etc. as well as performing at the Barvaux International Country Music Festival (Belgium).

On April 29,  Sina won the “Hottest Act in Irish Country Music 2019” Award at the prestigious Hot Country TV awards; previous winners being some of Irelands most successful Country Music Stars such as Nathan Carter and Derek Ryan.

In October she will be part of the Hot Country TV Tour of Scotland performing alongside Gloria, Liam Kelly, Paddy O'Brien and Sabrina Fallon, to mention a few.

She is also currently recording an album of Celtic/Irish folk songs to celebrate her upcoming four years living in Ireland. The album also commemorates the tenth anniversary of Irish musical legend Liam Clancy, including many of his songs. Meanwhile, fiddle extraordinaire Billy Condon, who has performed with The Dubliners, Ray Lynam and many other big Irish names, will be featuring on this album.

She is also working on her original album, which is expected late this year/early 2020.

To date, Sina's music has stacked up over 7.79 Million Radio Impressions and almost 3,000 radio plays as registered by Radiomonitor, with songs such as "Stripes","Travelin' Soldier (Minstrel Boy)", "These Boots Are Made for Walkin'", "Rock & Roll to My Country Soul" and many more.

Originally from Germany, Sina Theil started playing piano and writing songs at the age of 7; picking up the guitar at 18 she has since flourished into an accomplished recording artist.

Sina is also appearing at many Irish Festivals this summer including the Naas Wild Food Festival on September 7, for dates and more information please visit www.sinatheil.com and follow her on Facebook, Twitter and Instagram.