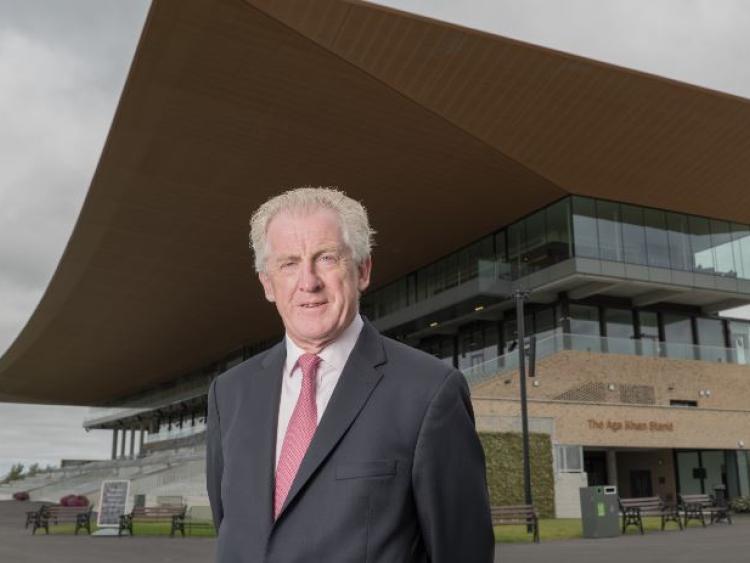 "We’ve got to attract people and then look after them when they are joining us for a race meeting."

The new CEO of the redeveloped Curragh Racecourse has promised to make facilities more comfortable and enjoyable for members of the public.

The next race meetings at the Curragh are the Curragh Summer Sounds events featuring racing and live music over four consecutive Friday evenings — beginning on Friday, August 9.

Then the next big day is the Longines Irish Champions Weekend on Sunday, September 15 with four Group 1 races on the eight-race card including the Comer Group International Irish St Leger, the final Irish Classic of the season.

The new Aga Khan Stand has won praise as a stunning spectacle but queues for bars and toilets and lower-than-expected attendances on Derby Day have been criticised.

But Mr Keogh, who was appointed just over a week ago to replace outgoing CEO Derek McGrath, has insisted that the Curragh must look after all its customers to give them a satisfying day out.
He also committed to “review” an increase in ticket prices as the Curragh’s season ticket jumped by 51% in recent times.
Mr Keogh said: “The Curragh has got to be for everyone. We’ve got to attract people and then look after them when they are joining us for a race meeting.
“We have to make sure our product is right and that the delivery of that product is right.”
“And we will be looking at the ticket prices.”
Mr Keogh said he fully understood that people have been disappointed with issues such as queues at the new racecourse.
He also agreed that there may have been a view that facilities were not up to standard for some racegoers during the construction phase.
He explained: “I understand this depth of feeling from people is genuine and comes from the heart, because families in the local community have had a long association with the racecourse over generations and they feel a sense of ownership of it, which is very understandable.”
He added: “We want to be attractive to everybody and we want to assure them that they will have a comfortable and enjoyable day out.”
Mr Keogh emphasised that there have been teething problems at other famous racecourses which underwent redevelopment projects in the past.
“We saw the same issues at Ascot in the UK and Longchamp in France, because it’s difficult to get everything perfect at first, and some areas have to be worked on to get them right for the customers,” he said.
Mr Keogh said he has been inundated with messages of support from well-wishers since his appointment on July 22.
“There is a lot of goodwill out there towards the Curragh and I really get a big sense of that.”
The new CEO also said he was very happy to be joining the well-established team at the Curragh.
“There is a fantastic team of very good people working at the Curragh, some for a long time and I hope to build on that knowledge and experience during my tenure.”