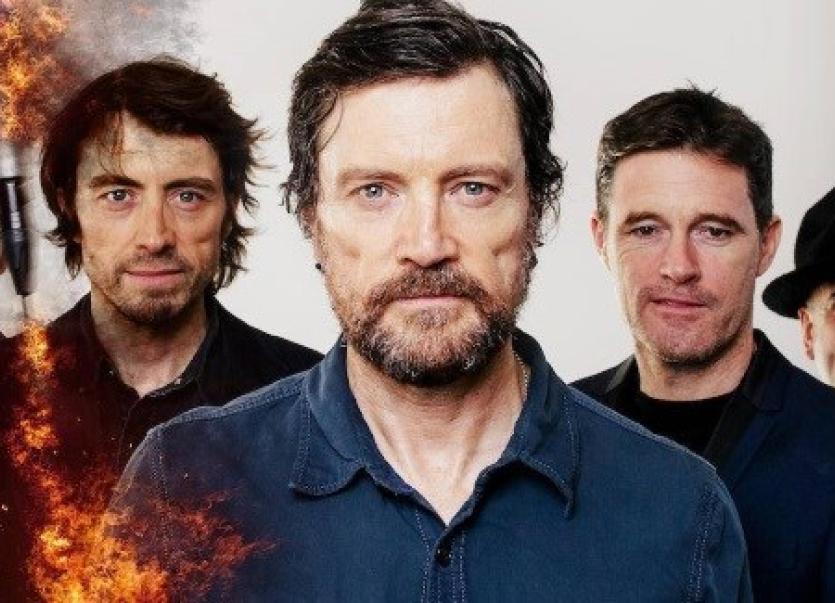 As preparations get underway for one of the most hotly anticipated music festivals coming to Co Kildare in recent times, legendary rock band ‘The Stunning’ have said that are ‘very excited’ to perform at the Playing Fields in Clane on Saturday, August 24.

The Stunning consists of founding members and brothers Steve and Joe Wall, Derek Murray (guitars), Jim Higgins (trumpets), and Cormac Dunne (drum kits). Formed in 1987 in Galway, The Stunning had their first top twenty single just a year later followed by two more top ten hits before their debut album 'Paradise in the Picturehouse' hit the number one spot in 1990 staying there for 5 weeks.

The band quickly became the soundtrack to the lives of a whole generation of people brought up in Ireland during the 80's and 90's. Over the next year or so, there were four more hit singles, followed by another number one album. They released a live album in '93 before splitting up a year later.

After an absence of almost ten years, the band reformed for an 18-date tour, which turned out to be one of the highest grossing tours in Ireland of 2003.

In 2012 around 30,000 people turned out to see them play a free concert in their old hometown of Galway city, a testament to the timeless quality of their music. And more was to come: in May 2017 they released a brand new single 'Brighten Up My Life', which has received over 1700 plays on Irish radio to date.

Another new single 'Always You' was released in November of the same year, the day before their first sell-out London show in 23 years. On 6 March 2018 the band released 'Twice Around the World', a re-recorded, re-vamped version of their number one album 'Once Around the World'.

It topped the charts once again and was the biggest-selling album in Ireland that week. The band then embarked on a sold-out tour of Ireland and headlined festivals over the summer of 2018.

Speaking to KildareNow, Steve Wall said: “We’re looking forward to performing at The Playing Fields, it’s our first gig in Kildare in a long time. Last Summer we had the tour and the momentum of last year, and the success of the album ‘Twice Around the World’ has spilled into 2019. So hopefully it’ll be a great weekend.”

Indeed, The Stunning are back and as fresh as ever and are a must-see for Kildare fans, for more information visit www.theplayingfields.ie and www.thestunning.net