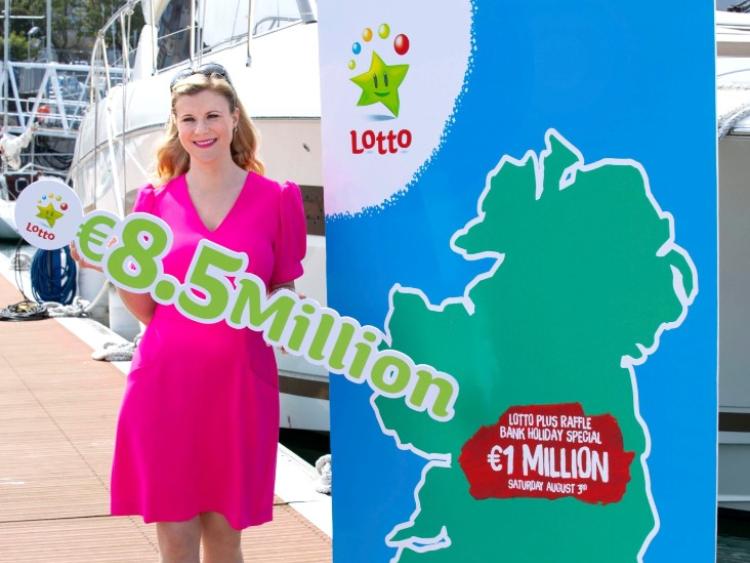 As August bank holiday excitement is building all over Ireland, the National Lottery have announced that this weekend is extra special for Lotto players across the country. On top of the truly life-changing €8.5 million Lotto jackpot up for grabs, there is an additional €1 million guaranteed to be won with Saturday’s Lotto Plus Raffle draw.

The current Lotto jackpot has been rolling since Wednesday 12th June and a potential winner of Saturday’s jackpot will become the 2nd biggest Lotto winner of the year after a Dublin syndicate scooped an incredible €10.2 million jackpot last February.

Normally, Lotto Plus raffle winners get €500, but this Saturday, each winner will receive between €8,000 and €12,500 extra, depending on the number of winners. What a way to celebrate the August bank holiday weekend!

Ahead of the Saturday’s Lotto bank holiday draw, Ireland’s favourite weather presenter, Nuala Carey, has issued a Lotto winners advisory for the entire country as lucky Lotto players are guaranteed to share a guaranteed €1 million in the Lotto Plus Million Euro Raffle in addition to the chance to win the massive €8.5 million jackpot on offer.

Nuala said: “While we may not be able to depend on the good weather for the long weekend, the forecast is looking very bright for Lotto players who are hoping for a bank holiday Lotto bonus. We will see a huge change in atmospheric pressure as excitement continues to build for the €8.5 million bank holiday Lotto jackpot draw. On top of the Lotto jackpot on offer, we are also set for a huge deluge in additional Lotto winners with an extra €1 million prize fund guaranteed to be shared among players in the Lotto Plus Million Euro Raffle Draw.”

Ahead of Saturday’s mega €8.5 million Lotto jackpot draw, the National Lottery have confirmed that over 5.6 million prizes have been paid to players totalling over €77.5 million so far in 2019.

In that period there have been:

Lotto Millionionaires so far in 2019

Gardaí have made three arrests after shots fired at a house in Athy, Kildare

Arrests made after shots fired at house in Athy

Firm has served Kildare through world war, oil crisis, recession, Beast from the East - and is now open for business during Covid-19!