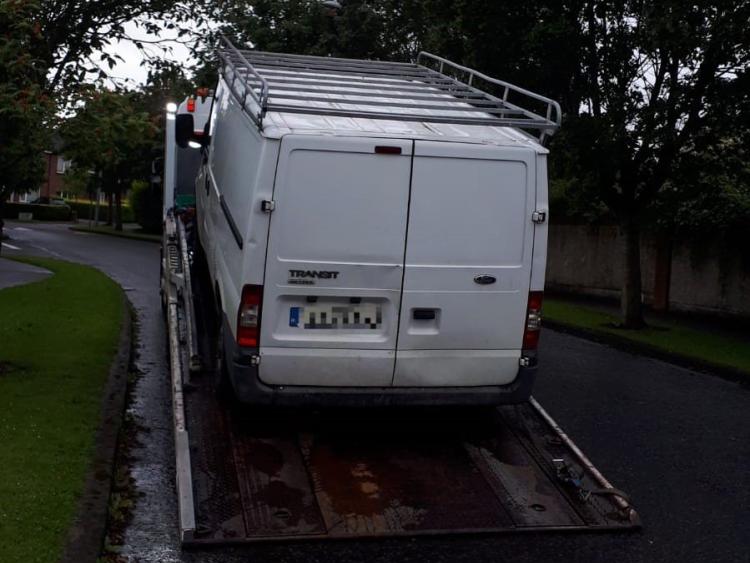 This van was recently spotted in Naas with the driver holding a phone while driving.

When stopped by Naas Roads Policing Unit it was found that the van also had expired Tax/Insurance/CRVT.

According to Gardai, the motorist was issued a fixed charge penalty notice and the van was seized.

A court appearance for the driver is to follow.