Leixlip freediver to compete in World Championships in France this September 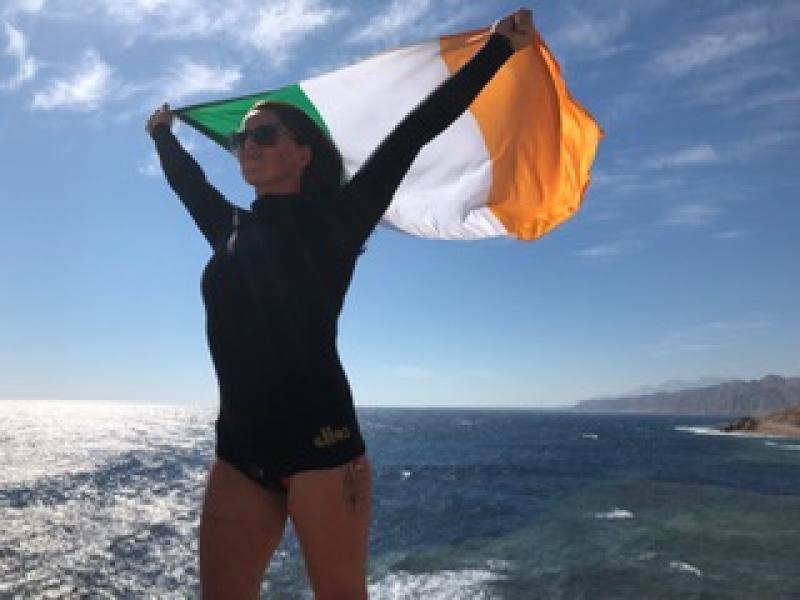 An inspirational Leixlip woman with a passion for freediving is set to compete in the World Championship in France this September, competing against fellow thrill seekers from all around the world.

Claire Walsh is from Leixlip and she is a competitive freediver, an athlete who can swim to extreme depths without using breathing apparatus. After months of extensive training, Claire is taking part in the 2019 AIDA World Depth Championship in Villefrance sur Mer in France which will be held from Monday, September 2, to Sunday, September 15.

Speaking to KildareNow this week about her incredible journey to the World Championships and her love for freediving, Claire explained that she has enjoyed swimming from a relatively young age growing up with her three siblings, sisters Katie and Sarah, and brother Matt in Leixlip.

Claire went to school in Scoil Bhride in Leixlip, then down to St. Wolstan’s in Celbridge. After that it was off to The Conservatory of Music and Drama, DIT Rathmines and she finished it off with a Masters degree stint in Central School of Speech and Drama, London.

“I went travelling in 2015 and on a snorkeling trip I saw a couple of Australian lads leave the surface, kick down and disappear into a cave to further explore the marine life. It was the coolest thing I’d ever seen!  I googled where to do courses and booked a bus, train and boat to an island off Honduras to do my beginner course in Freediving. From the get-go, I was hooked!” explained Claire.

For most people the idea of swimming deep below the surface may seem terrifying, but Claire has found a sense of freedom in being underwater.

She said: “It's exciting, humbling, frustrating, exhilarating and peaceful all at the same time!  Learning to hold your breath and take it underwater requires a level of mental strength, awareness and focus like no discipline I’ve experienced.” 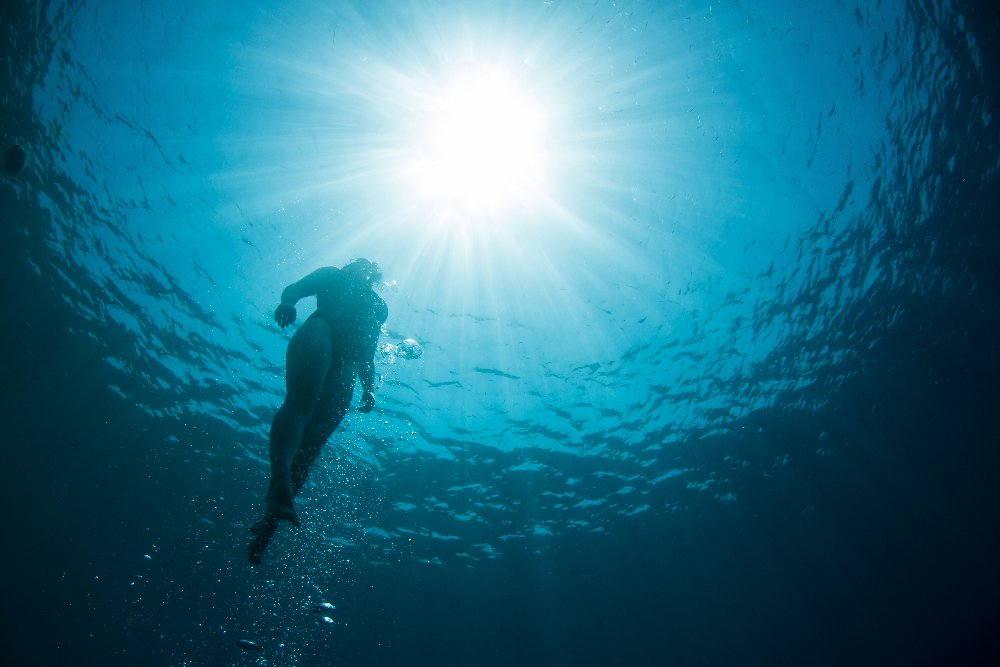 Claire in action as she freedives into the ocean

Indeed, Claire can hold her breath underwater for an impressive 6 minutes and the furthest she has dived is 60m. She is currently training in Dahab, Egypt since May with her coach and other divers preparing for the World Championships. 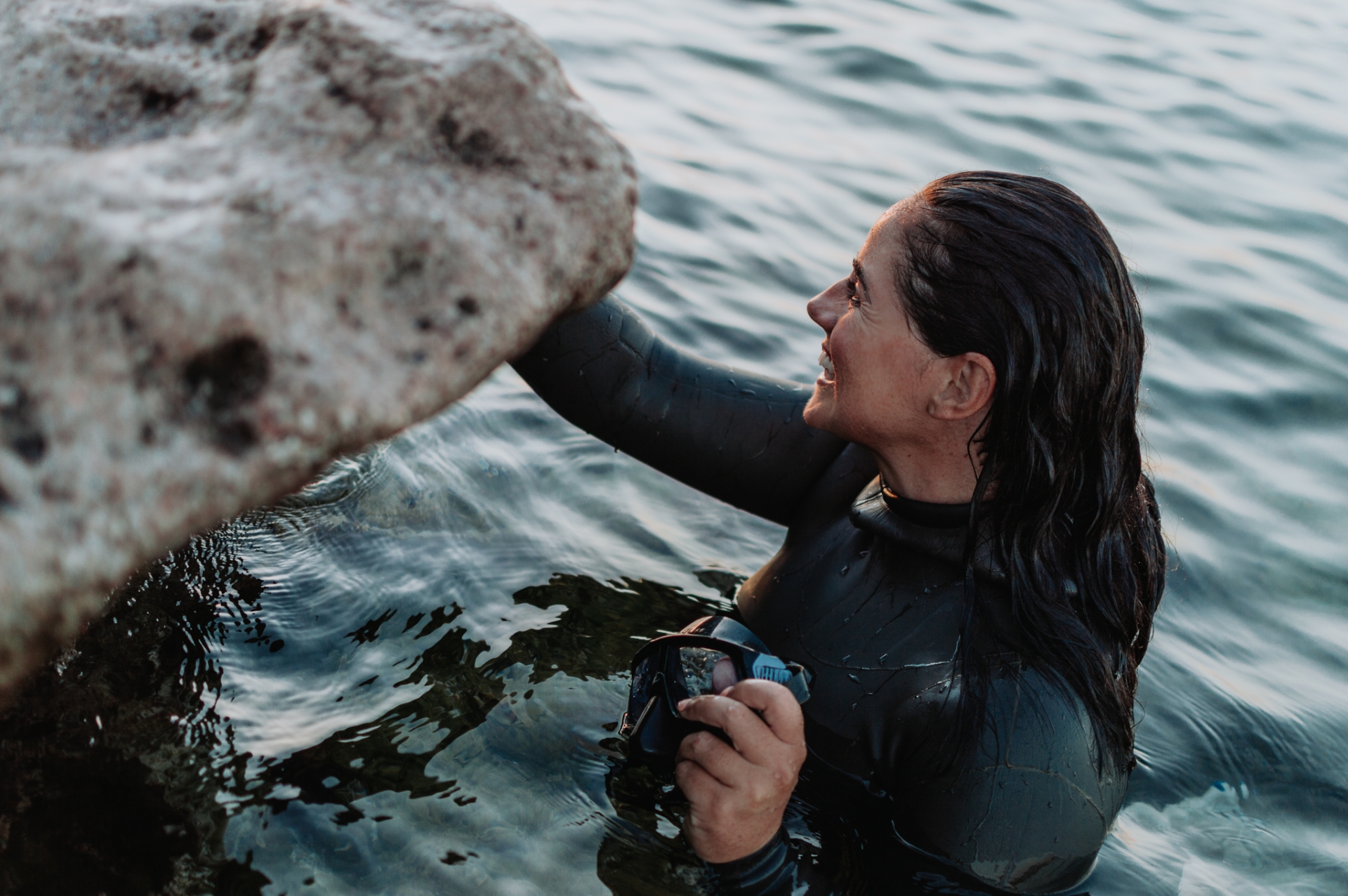 While her sport brings her a great deal of freedom, Claire has found that the most challenging aspect of training is the time and cost.

“We don’t have the conditions to train depth in Ireland so going abroad to live and train full time is a big financial and time commitment. The physical aspect of training is okay, I find. At least, you expect to be physically tired. Freediving however, can really pull on your mental and emotional resources as well. Over training and fatigue is something that we’ve to be really careful of. Training your mindset and your attitude is by far the most challenging aspect to the sport,“she said.

In addition to her freediving, Claire also previously worked as a puppeteer for the Lambert Puppet Theatre for several years, and she is also a voice and movement coach. “With most of my work, everything comes back to breathing; how we use it, manipulate it to create the desired results be it to be able to hold our breath, to use our voices more effectively, reduce stress or breathe life into a puppet,” said Claire.

Outside of freediving, Claire also enjoys aerial silks, which is where one or more artists perform aerial acrobatics while hanging from a fabric.

It would seem that this Leixlip woman knows no fear, and she is already eyeing further events such as the Infinity Games in Cyprus or the Dahab Apnea competition in November.

Claire has also set up a GoFundMe page below to assist her in her journey: