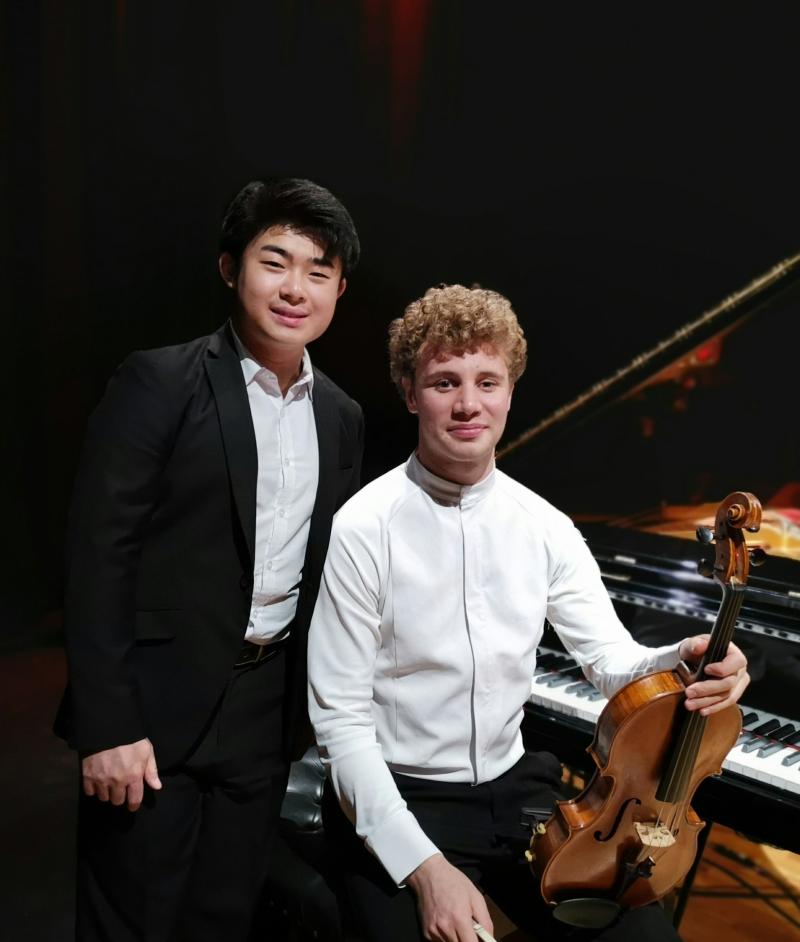 The duo performed a lunchtime concert in the Westport Town Hall Theatre at the Westport Chamber Music Festival last Saturday.

The dynamic and moving performance from the Duo won rounds of rupturous applause from the full-house audience. At the end of their programme which included pieces from Schubert, Kodály and York Bowen, the audience's applause continued for more than two minutes until the young Duo came back on stage to play an encore piece from Schubert.

The entire recital was recorded by Lyric FM Radio to be broadcasted at a later date. Both Aidan and Fiachra are pursuing full time undergraduate music studies.

Aidan is starting his third year in Piano Performance at the world renowned Royal College of Music in London, whereas Fiachra has just commenced his first year studies at the Amsterdam Conservatorium.

For the coming academic year, Aidan has 7 confirmed Solo and Duo recitals so far, mostly around the greater London area where he is based. Details of his schedule can be found in his website: aidanchanpianist.com