Gala event on October 4 in Dublin 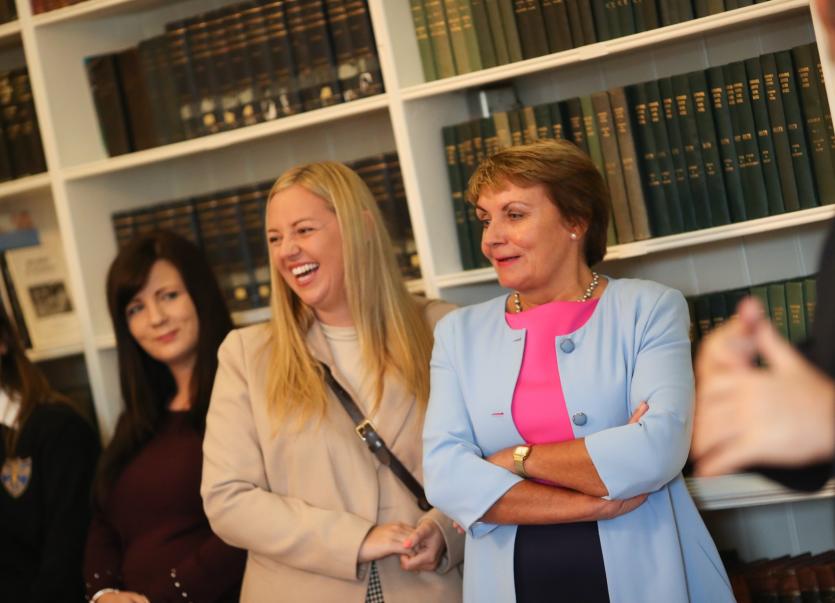 Mary Daly, a local of Celbridge, has been named on the shortlist for the inaugural Teachers Inspire Ireland initiative.

The initiative, which is focused on highlighting the enormous contribution made by teachers in Irish society, was launched by Dublin City University (DCU) earlier this year, with the support of businessman and philanthropist Dermot Desmond.

Over May and June, DCU called for members of the public to share their personal stories of how a teacher transformed their lives and / or their community.

Twenty shortlisted teachers – five from each province – have been shortlisted from over 400 entries received from every corner of Ireland.  None of the teachers knew they were nominated in advance.

Ms. Daly has lived in Celbridge since 1985 and taught in St. Dominic’s College, Ballyfermot.  She was nominated by Niamh Smith, from Ballyfermot, who nominated Ms. Daly for her impact on individual students and the wider community.

While Ms. Daly still taught at St. Dominic’s, Ms. Smith returned to the school to work in its after-school programme and, encouraged by Ms. Daly, went on to study Community and Youth Work at Maynooth University.  Ms. Smith is now the Project Leader of a youth service in Ringsend.

“The nominations highlighted teachers dealing with issues such as homelessness, mental health, immigration, unplanned pregnancies, gender identity support, community regeneration, and climate change.  They were submitted by schoolchildren, parents, and people whose schooldays are long behind them but who remember their teachers with great fondness and gratitude.

“What is abundantly clear from the nominations received is the extent to which so many teachers go above and beyond their ‘job description’.  It was extraordinarily difficult to select a shortlist of 20 from all the amazing stories we received.  However, the 20 teachers being celebrated today have had truly lasting and transformative impacts on the lives of their students and on their wider communities.”

Entries to Teachers Inspire were reviewed by a panel chaired by former President of Ireland Mary McAleese.