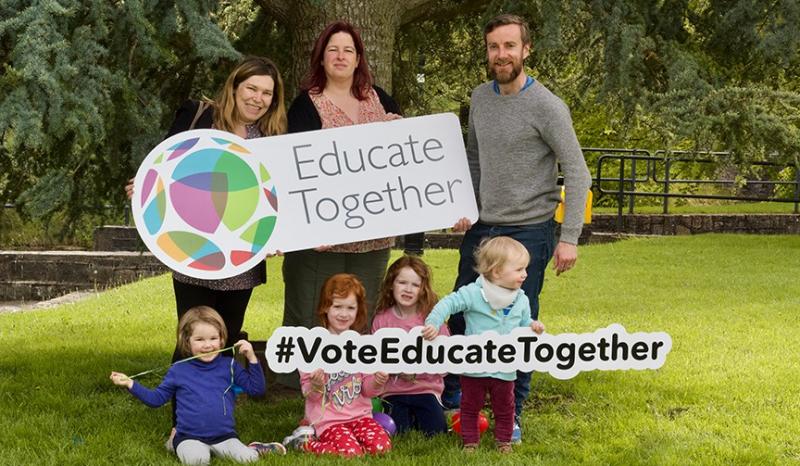 The meeting provided information on the equality-based organisation's #VoteEducateTogether campaign that will run until Friday 4 October.

During the campaign parents in Kilcock and Enfield are invited to vote for the patron of choice for their brand new secondary school.

The meeting included a presentation from Claire Matthews, Principal of Firhouse Educate Together Secondary School that opened in Dublin in 2016. Claire outlined how Educate Together Ethical Education curriculum works in practice.

She said: "Ethical Education is very much about creating critical thinkers: young people who are capable of making their own decisions and of doing the right thing even when nobody's watching! It's an approach to education that empowers young people to be active citizens."

Ronan Moore, local Educate Together campaigner, said: "I feel that it's important for children to have freedom of expression and thought, appreciation of other cultures and ethnicities and the courage to stand up for themselves and their beliefs. By voting for Educate Together in this survey I believe that the people of Enfield and Kilcock are making a statement that we are a welcoming and inclusive community that recognises how Ireland is changing and can offer choice in secondary school provision."

Interested parents should visit www.educatetogether.ie to find out more about the Educate Together ethos at second level and for information on voting or follow the campaign on Facebook at https://www.facebook.com/ EnfieldKilcockEducateTogether