Celebrating 10 years on the road 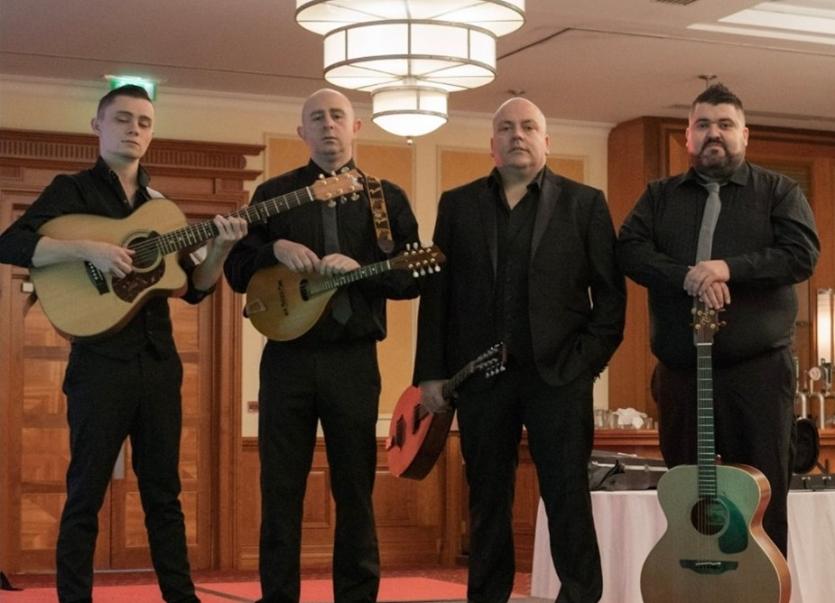 Kildare-based band 'The Druids' are gearing up to perform in The Moat Theatre this Friday, 27 September, at 8pm, as they celebrate 10 years performing together.

The band recently celebrated 10 years since its establishment with an impressive tour across Ireland and the United States over the Summer.

The band consists of Mick O’Brien a proud Wexford man now living in Newbridge who has been described as the ‘Best Front Man’ in Irish music having travelled the world with groups such as City Fair and The Shamrockers, Paddy Mangan is a singer and talented Lead Mandolin player from Johnstownbridge, Gary Lawlor who hails from Clane and is a powerful vocalist and son of the great local musician Mick Lawlor, and Zak Moran from Johnstownbridge on bass who is the newest and youngest member of the band bringing great passion to his performances.

The Druids recently were named ‘Best Live Band’ at The Motor City Irish Festival in Detroit Michigan in June. In addition, the band also delighted audiences with their debut television ppearance on ‘Living with Lucy’ alongside actor John Connors on Monday, September 9.

The Druids are all based in Co Kildare and they continue to grow from strength to strength and the band's long awaited new Album is coming out soon.

The band are excited to return to the stage within their home county and after another hugely successful show in America, and they will continue to show case Irish Folk music world wide and proudly celebrate the fact that they are from Kildare.

"Two new albums are due in the very near future with a live album recorded from an Irish Festival in Detroit America in June due for release this month, and the band's long awaited studio album is been released in November 2019,"explained Gary Lawlor.

The Druids will perform at the Moat Theatre in Naas at 8pm on Friday 27 September with doors open from 7.30pm. Tickets cost €18/20 and are on sale at www.moattheatre.ie