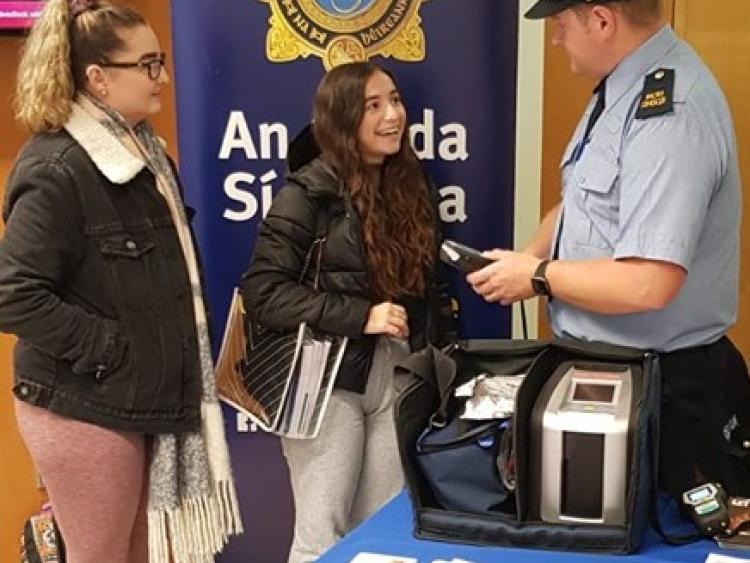 As part of the weekly Garda Clinic, Garda Howard gave a practical demonstration on various aspects of road safety to students and staff.

These aspects include speeding on the roads, texting or holding a mobile phone while driving and not wearing a seat belt.

Motorists were asked to slow down and support the EU wide day of action to prevent collisions, death and serious injuries on the roads.

Organised by TISPOL, the European Traffic Police Network, and supported by Gardai and the Road Safety Authority,  Project Edward brings together everyone with an interest in reducing the number of people killed on our roads.

It has been described as a simple yet highly effective awareness-raiser of road safety for the past four years.