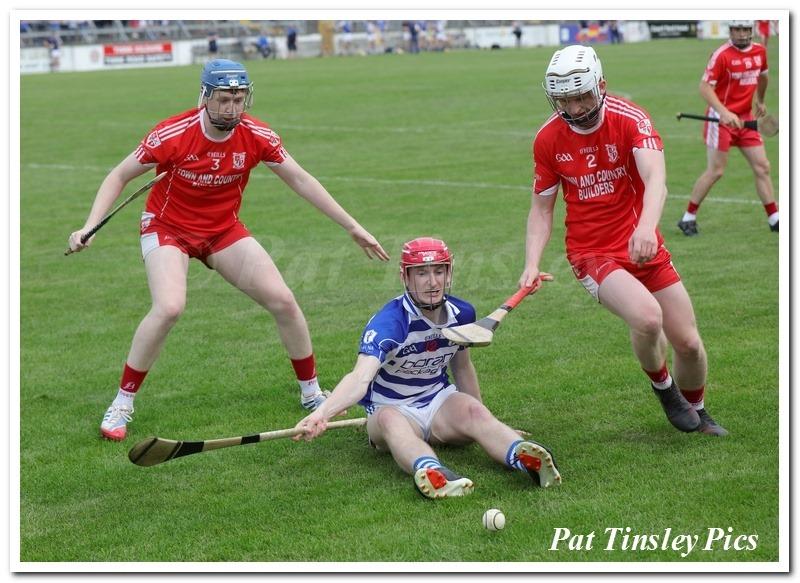 There can be little doubt that the two best teams are meeting in this years Senior Hurling Championship Final as Naas and Coill Dubh get set to lock horns for the right to claim the Tony Carew Cup.

For Coill Dubh they will be desperate to get their hands on a trophy named after one of their famous sons for the first time since 2015 but in Naas’s case the wait has been a lot longer with their famine going on for seventeen years at this stage.

The pairing also brings back memories of a storied County Final past between the two back in the 90’s where they played in four deciders in a row with two wins apiece.

That was a real golden age of Hurling for Coill Dubh as they only won their their first title in 1987 and while that type of success has dried up Sunday still gives them a chance to win a third Senior Hurling Championship in this decade.

Remarkably Naas only have six Senior crowns and four of those came between 1994 and 2002 and since 02 when they won their last Championship they have only been in two finals which they lost on both occasions so tomorrow gives them a great chance to give them some overdue success at Senior Level.

While they have had major battles in the past the current teams are also getting used to each other with this being their fourth meeting this year.

Naas have been a step ahead of Coill Dubh over the last few seasons and when they beat them by 26 points in the opening round of the Championship things looked to be going along similar lines.

Everything seemed to change when the sides met in the League Final though with Coill Dubh garnering a two point victory.

Naas played most of that game with 14 men but even still it was a result that has given Coill Dubh huge belief and they haven’t looked back.

They have won every game in the Championship since including a tightly fought semi-final against Ardclough.

They were better than the one point margin on that occasion with Ardclough only getting a stoppage time goal through Tony Spain.

Apart from Eanna O’Neill who is based abroad Coill Dubh have everyone back available to them this year and they have a real experienced look to them.

Right through the spine of their side there is leaders with the likes of Dylan Brereton, Mark Grace, Johnny Byrne, Declan Flaherty and Ross Carew all big players for them.

Mark Delaney and Ross Carew are their sharpshooters up front and when you eye it all up they have a formidable side on paper.

In saying that though Naas have been well road tested on their way to the final with the likes of Eire Og, Leixlip and Ardclough all giving them tough tests but they found a way to come out on top in all those encounters.

There is no doubt that they have the best squad and possibly the most talented side in the County but they still have yet to show it on the big day.

Jack Sheridan has been in exceptional form this year and if he shoots the lights out like he is capable of Coill Dubh will have their hands full.

The likes of James Burke and the Dowling brothers are also vital to any chance they have of winning but the possible loss of Brian Byrne to injury would be a big one.

Byrne came on as a sub in the semi-final win over Eire Og and scored 0-1 as well as setting up Jack Sheridan for his goal so if he’s unavailable it would be a setback.

Still though Naas still have plenty of strength in their ranks so no matter who they put out it will be effective.

Naas’s forwards can win games on their own but it will be their defence that will be crucial to the outcome here.

While the likes of Paul Sullivan, Simon Leacy and Richard Hogan are all good players for Naas whether they have the ability to shut out all of Casey, Delaney, Byrne and Flaherty is up for question.

That Coill Dubh firepower may be what’s needed to capture a rare League and Championship double for the club.