Michelle Cullen took up microblading in 2015 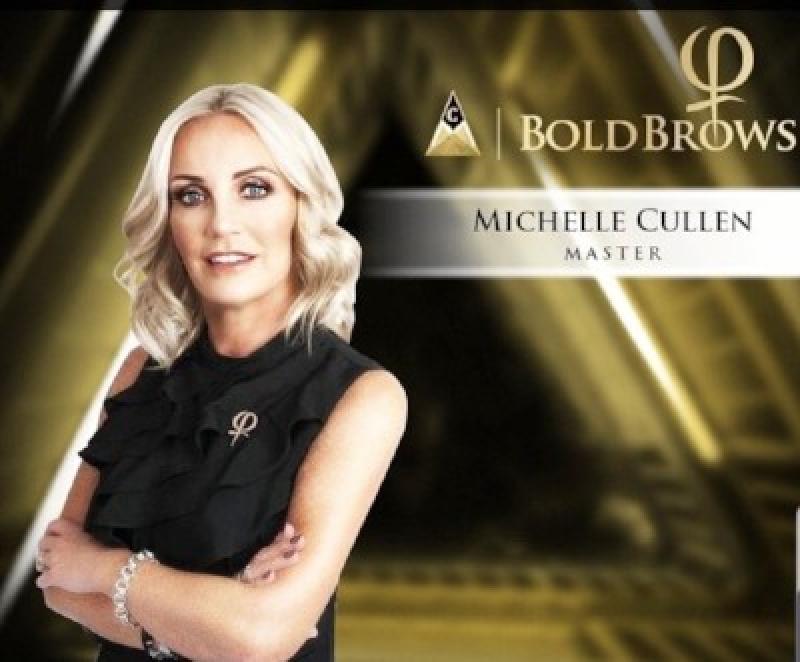 An inspirational woman from Maynooth in Co Kildare, Michelle Cullen, was recently named the first certified Bold Brow Master in the country.

Mother-of- two Michelle Cullen previously worked for Intel for 17 years in a variety of roles before took a voluntary redundancy, wanting to be at home for her daughters.

Michelle lives in Maynooth and she was inspired to take up microblading, which is a technique used to give the appearance of fuller brows, after going to a beauty show in the RDS.

“I came across microblading after going to a beauty show on in the RDS in 2015 while my husband was sick in Hospital after being diagnosed with pancreatic cancer. While at the beauty show I got talking to a woman in the RDS and she told me you didn’t need a background in beauty to do it, that anyone could learn. I thought it looked amazing, and I also wanted to be my own boss. I rebuild your brows by creating tiny realistic hairstrokes which look like actual hair and it lasts 18 months - 2 years.,”explained Michelle.

Tragically, Michelle’s husband John passed away in 2015 from pancreatic cancer and her youngest daughter asked her to get a job where she could be off at to bring her to school and collect her, and despite her grief Michelle was determined to build a new life for herself and her family.

“The reason I took this skill up was my daughter who was 11 at the time of her dad dying, asked me if I was going to go back to work, I said I would, and she asked if I would find a job where I’m at home when she gets up for school in the morning and at home when she returns from school. That was a big deal for her.  So I set up my study into a Brow room and I work from home,”said Michelle.

She completed several courses in Portugal and Benidorm , training with PhiBrows, and in 2016 she won the I Artist and Royal Artist in 2018. On 1 September Michelle won the Irish Beauty awards as best semi permanent make up artist, and she has also just qualified to become Ireland’s first Bold Brow Master, meaning she can teach across the world.

“This is a massive achievement for me and I am beyond proud and excited. After my husband died the house was very quiet, he had a wonderful sense of humor and we miss him every day. Microblading has helped me through the grief and I want to show my girls that you are capable of doing anything once you put your mind to it,” said Michelle.

In addition, Michelle also offers alopecia and cancer survivors PhiBrows through with Pay with Smile, meaning she does not charge.