Increased traffic volumes in the area 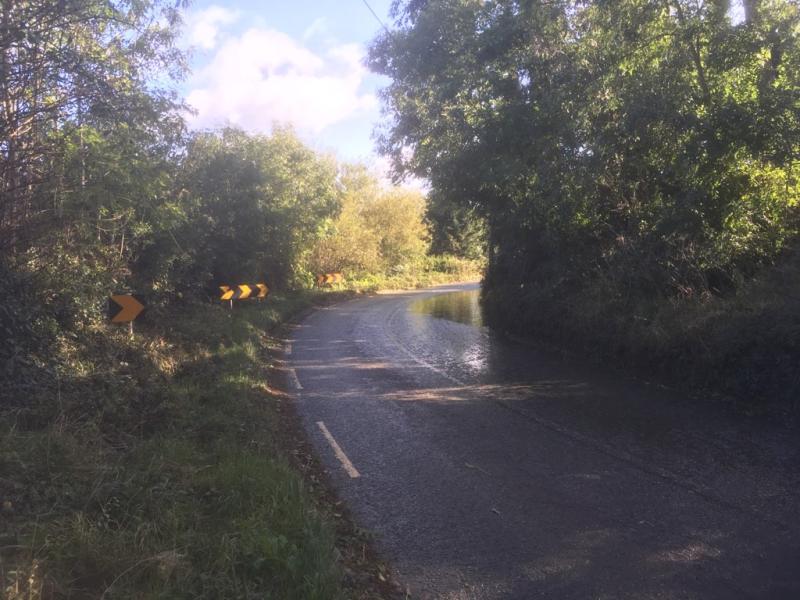 With work on the Cairn Homes Mariavilla Development proceeding at pace, Labour's Emmet Stagg is calling on Kildare County Council to address the Dangerous Bend on the Dunboyne Road, Maynooth.

Mr. Stagg stated that part of the Mariavilla Development will see a Link Road constructed from the Moyglare Road to the Dunboyne Road and work on the Link Road is progressing well and it should be opened to the Public early next year.

Once opened, this will substantially increase traffic on the Dunboyne Road as people living in the Moyglare Area of the Town take the opportunity of avoiding the Main Street to access the M4 via the Celbridge/Intel Interchange.

Mr Stagg said that there is a 'very dangerous bend' on the road near Pebble House. He described the bend as treacherous and that the increased traffic volumes is making things worse.

Regrettably stated Mr. Stagg, An Bord Pleanala, when granting planning permission for the Mariavilla Development did not impose a condition requiring the removal of the Bad Bend. However a condition was imposed providing for development contributions of €3.6 Million in respect of Public Infrastructure and Facilities benefiting the development of 462 dwellings and student accommodation.

Mr. Stagg is calling on Kildare Co. Council must act now to resolve the issue of the Dangerous Bend and he has requested his colleague Cllr. Angela Feeney to table the following motion for the next Maynooth Municipal District Meeting:

'Given that the Link Road from the Moyglare Road to the Dunboyne Road, Maynooth, through the Mariavilla Development, will open early next year, that the Council now use the Development Contributions of €3.6 Million derived from the Mariavilla Development, to remove the dangerous bend on the Dunboyne Road near Pebble Hill House, in the interests of traffic safety, and that a footpath be provided from Castlepark Housing Estate to the roundabout on the Blacklion Road'.

"The Council must act now on this dangerous situation before it is too late,"concluded Mr Stagg.