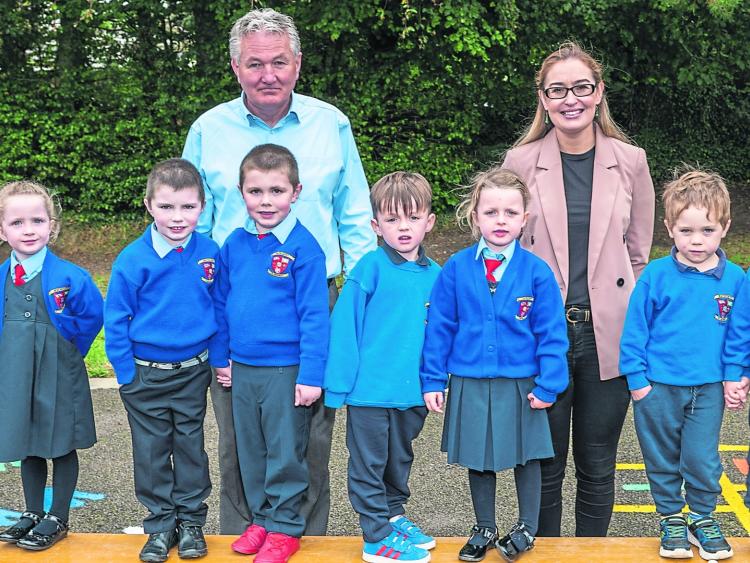 (from left) Leo and Pippa Donnelly; Calvin and and Michael Travers-Glynn; Frankie and Katie McLoughlin; and Tom and Ben Doyle with Rathcoffey NS principal Eugene Riordan, and teacher Marie Hegarty

Rathcoffey National School had an unusual event on August 29 when four sets of twin arrived on their first day at school.

Principal, Eugene O’Riordan, a native of Kerry, who has served at the school for 37 years, was on hand with staff at the 223 pupil school to welcome the four pairs.

Ben and Tom Doyle, Michael and Calvin Travers-Glynn, Frankie and Katie McLoughlin and Leo and Pippa Donnelly are all in the same class, having spent their first day in school together. “It is very unusual to have four sets of twins in one class,” said Eugene, who now cares for a total of eight sets of twins at the school. 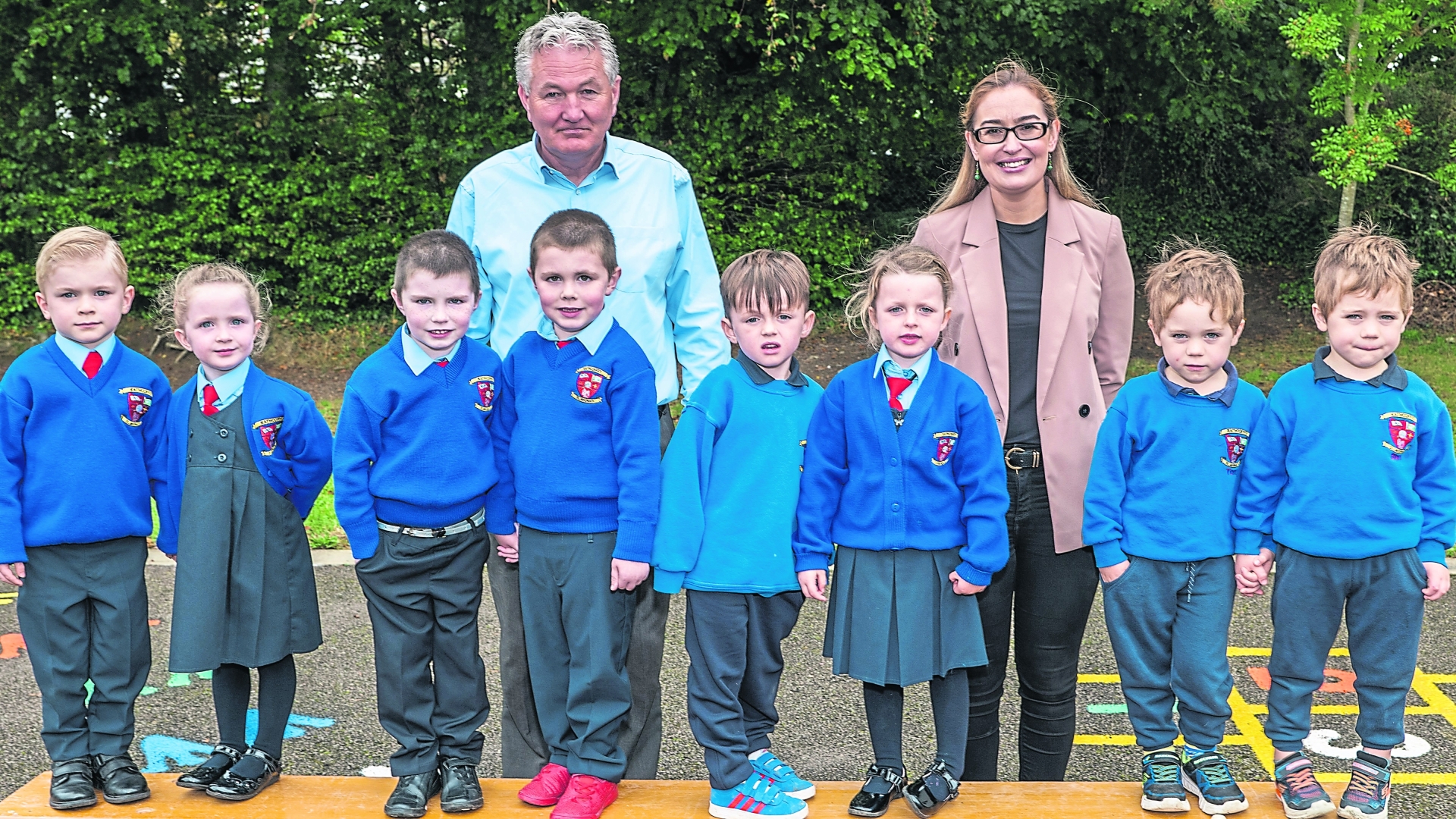 There are no triplets or quads in the school but the eight new arrivals, between them, represent over a quarter of pupils in their 29 pupil class. “They are very close and protective of one another,” said the Rathcoffey principal who has put off retirement due to his love for job and the area. “I enjoy it. It is a lovely community and a great school and staff,” said the man who came to Rathcoffey in 1983.

He had with the intention of spending a short time there and returning to Kerry.