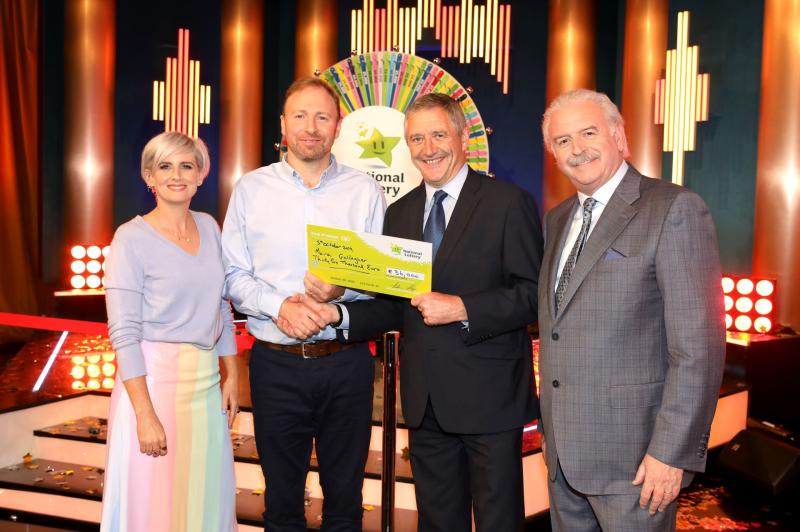 A Kildare resident went on Winning Streak for his mum and won her a cool €36,000 on the National Lottery game show on RTÉ One last weekend, Saturday October 5.

Tommy Gallagher, who lives in Broadford but is originally from Achill Co Mayo, played in place of his mother Moira Kilbane Gallagher, who still lives out West.

Tommy’s sister Maura, who lives in Killiney, Dublin was the one who bought her mother the lucky scratch card with three stars card which resulted in her being selected for the show.

Tommy left Achill and moved across the country in 1999 and began working in Intel in Kildare, a place he is still working where he works in the factory automation department. He is married to Linda and the couple have two children: Grace and Henry who were in the audience cheering him on last weekend. He was also supported by his sister Maura and brother Bob and other members of friends and family.

In his spare time, Tommy helps to coach the Balyna GAA Under 10 and 11’s girls football team and likes to unwind by going out cycling whenever he can. A cousin of Tommy’s mum was on the show earlier this year – Michael Kilbane from Castlebar who won €143,000 on the show including winning €100,000 on the wheel.