Exciting times ahead for talented swimmer 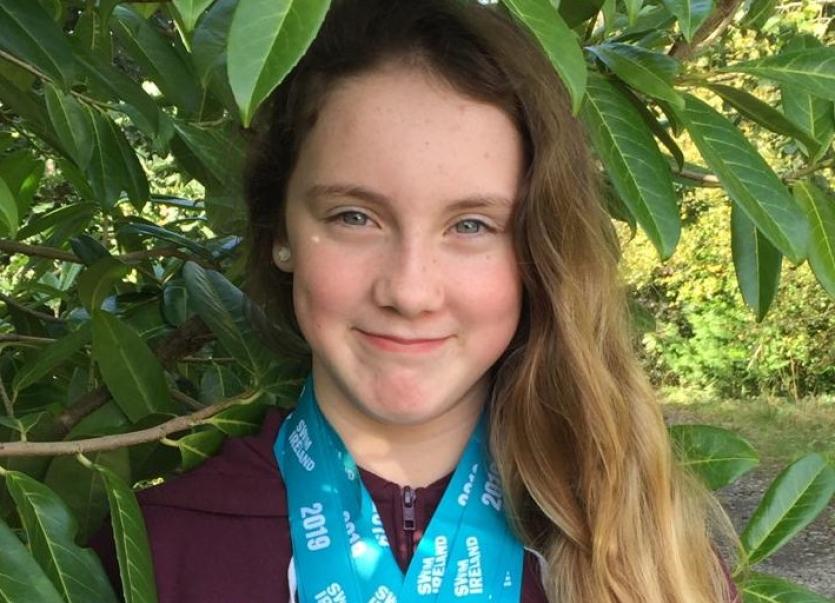 Aoife Doran, 12, is from Broadford in Co Kildare and has had a love of swimming since she was a small child growing up with her three older brothers. The talented swimmer is in 1st year at Maynooth Post Primary pupil and she holds a number of records with the Aer Lingus Swim Club, whom she joined at a young age.

In September Aoife received the good news that she had been selected to the Swim Ireland Leinster Regional Development Squad for the 2019-2020 season, which means she could be potentially called up to the Swim Ireland International team as well as competing in regional competitions taking place around the country throughout the year.

Speaking this week, Aoife’s proud father David Doran said: “We found out on Friday (5 October) after a 2 week wait after assessment day for F4_24 The Irish Head coach told them this is their best chance of getting to the Olympics. There are 3 Hubs, Limerick ,Bangor and Dublin, 12 swimmers in each. They will have to maintain their high standards to stay in the squad, we’re glad the wait is over and Aoife will start training on Saturday, 20 October.”

Meanwhile Aoife is still with the development squad and she has a 4-day training camp in the National Aquatics Centre over the mid-term.

According to her proud dad David, Aoife is working exceptionally hard training 7 times a week to maintain her high level of fitness.

“She’s obviously delighted to have been chosen but is far too modest to admit it. This is an example of the results based approach now by Swim Ireland, and this programme is the plan to enter 4 young Irish female swimmers as a relay team in Paris 2024 Olympics, the first such Irish entry since 1972 Munich,”he explained.

This Sunday 13 October Aoife will compete in the Senior Schools gala for her school Maynooth Post Primary, as well as participating in a Leinster short course championship in a few weeks in which she has qualified for many events.