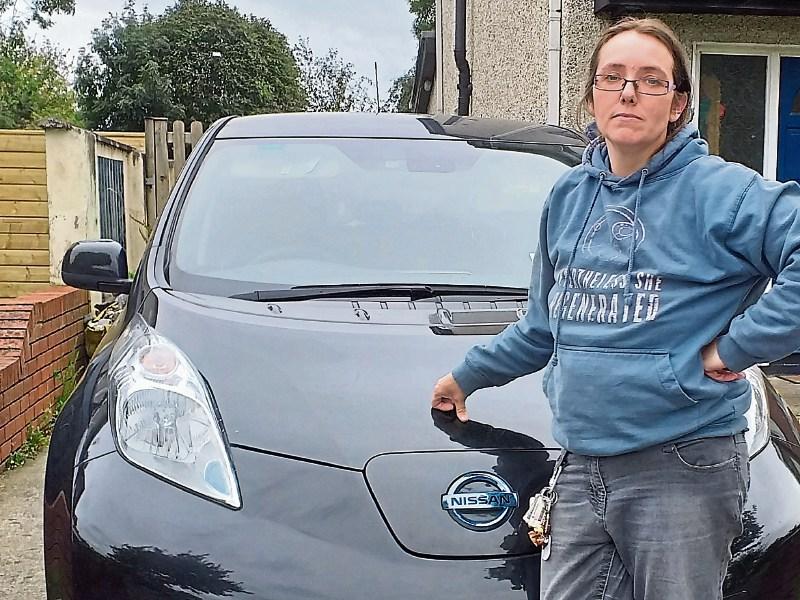 A woman who received parking tickets while her electric car was being charged says she will contest the fines in court.

Sallins resident and electric vehicle (EV) owner Emma Priest complained about receiving two parking fines while her vehicle was plugged in and charging in Naas at the Fairgreen and Hederman’s car parks.

“This is despite having checked not only with other EV owners, but also a traffic warden in the car park I was in, that it was free to park in those spots. I have appealed and re-appealed both fines, both of which have been rejected,” said Ms Priest.

Her children attend Gaelscoil Nás Na Ríogh and she runs a breastfeeding support group and a games club in Naas.

“I have decided that I have no other option but to go to court with this rather than paying the fine. It is the last thing I want to do, as I am a carer for my two daughters, each of whom have ADHD and ASD. However, I feel that this is not about me, or about a parking fine — this is about the much bigger issue of climate change and promoting fossil fuel alternatives.”

“Having to pay for parking while charging is the equivalent of paying for parking each time you stop at a petrol pump to fill up — when there is only one pump for every 10,000 cars, half of which are broken. This once again makes it less attractive to those who are concerned about making the switch to EVs.”

KCC’s assessment will include the provision of charge points, the location of charge points (on street and off street), as well as associated charges for charging and parking at charge points, turnover, and the overall management of charge points.
This review will be carried out in consultation with the KCC policy committee and with reference to its proposed climate strategy. The council also says it is awaiting clarification on the terms and conditions of funding from the Department of Communications, Climate Action and Environment, which is expected soon.

The Government plans to provide funding for up to 200 on street charge points per year over a five year period and Naas byelaws have designated charging points in Fairgreen and at Hederman’s car park, Friary Road, in the town.