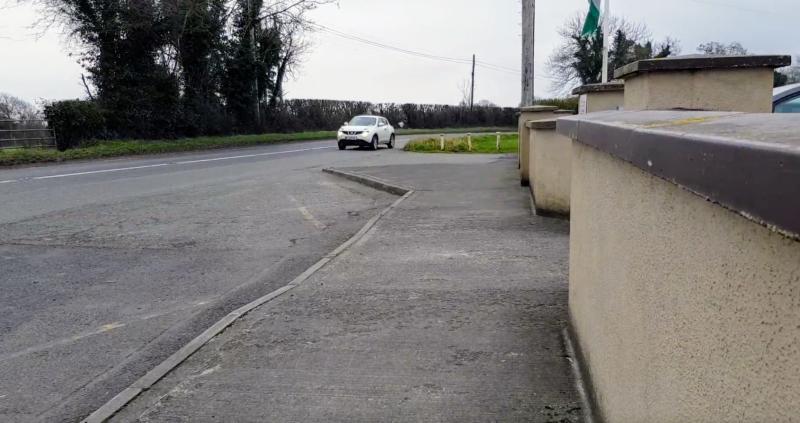 A local councillor is calling for a 30km/h speed limit outside all primary and secondary schools in County Kildare.

Cllr Brendan Wyse has proposed a motion for the next meeting of Kildare County Council.

According to Cllr Wyse, currently the speed limits vary from school to school, and in some cases, the limits are reduced at certain times of the day.

Cllr. Wyse believes that rather than reactively reducing speed limits after accidents occur that the council adopts a proactive
approach to the topic by reducing the limits now, before any serious accidents occur.

“Parents bringing their children to school and back every day are able to tell stories of near misses due to speeding vehicles.
Unfortunately we don’t report or measure near misses. We shouldn’t have to wait until a serious accident occurs before we reduce the speed limit at a school. We need to be proactive and act on the advice of parents," said Cllr Wyse.

He argues that in rural communities the schools act as much more than just an educational facility.

“Schools are used in the evenings as meeting places for community groups, training grounds for underage sports teams, holding night courses or dance classes and the like.

"In Clogherinkoe, the school building is also shared with the local library and a creche. There is no other location in a rural community where large groups of vulnerable pedestrians and cyclists are gathered more frequently than the local school.”

One school which Cllr Wyse says has constantly raised safety concerns is Killina National School. The school is on a severe bend, just 1 kilometre from the entrance to the Drehid Waste Management Facility, the Bord na Mona owned landfill in the bog near Allenwood.

Cllr Wyse explains the impact the landfill traffic is having. “The most noticeable impact that the landfill has had on the Allenwood and Killina areas is by far the heavy haulage traffic that brings waste to the facility. Despite the additional traffic and the commercial rates of €470,000 a year that are paid by the facility, we just aren’t seeing any investment in road safety to offset the risks that the heavy haulage traffic creates.”

Cllr Wyse says the speed limit would be set by a bye-law for the relevant sections of road and as part of the making of that bye-law, the public would have an opportunity to have their say on the proposal.

“If we’re serious about getting families to leave the car at home when making their way to the school and back, then we need to be serious about making that option safe for them.

"There are many families for which walking and cycling is just not possible, and I believe that option needs to be there for them. We can start today by making proactive decisions like the one I am proposing here," he concluded.