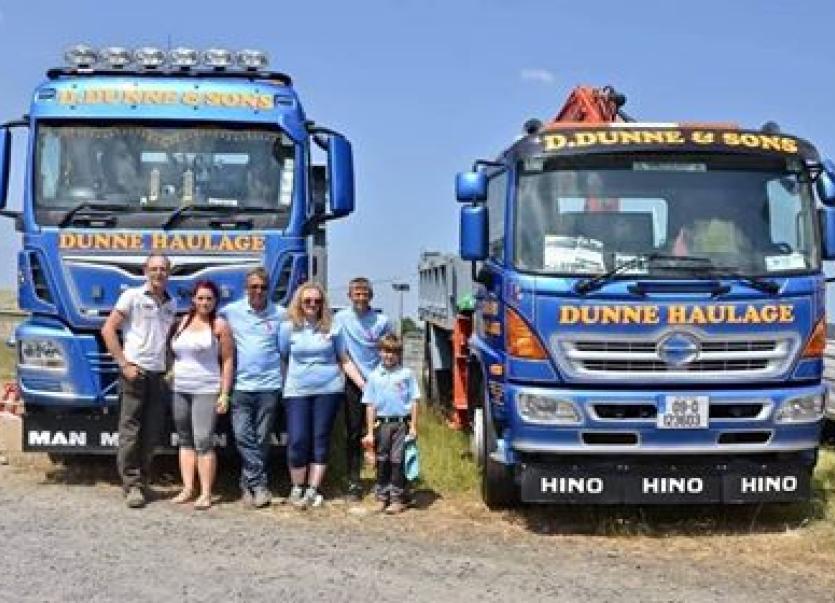 Trucking is certainly in the blood for the Dunne family from Kilmeague in Co Kildare, after they won the prestigious ‘Women in Transport’ award at the Fleet Transport Awards 2020 in the Citywest Hotel last Thursday night.

D. Dunne & Son Haulage is based on the hill of Allen, in Kilmeague, near Naas in Co. Kildare and it is run by the successful husband and wife team of Damien and Eileen Dunne.

Recently the business was delighted to introduce a new Scania truck and a Volvo concrete mixer to its impressive fleet of eight vehicles, and their services includes the supply and delivery of soils, stones, sands and gravel as well as delivering produce for landscape work. However their specialty is site clearance.

Dunne Haulage is preparing to celebrate 16 years in business this year and it is not merely a husband and wife team, with three generations of the Dunne family pitching in to the day-to-day running of the business.

It includes Damien’s father Noel while the next generation comprising 15-year-old Damien Junior and 9-year-old Ned are fully involved as well.

Speaking to KildareNow this week, Eileen Dunne explained that D. Dunne & Son Haulage began to trade in the early 2000s’ and that her husband Damien was inspired to start the business by his father Noel who was a truck driver for 40 years.

Eileen runs the administrative side of the business. She said: “Although we have a NWCP for counties Kildare, Laois,  Meath, Offaly, West Meath, Wicklow, Longford and all Dublin L.A.A. with the exception of some jobs such as the Aviva Stadium and Croke Park as such like 95% of our work is local, the product we supply is nearly all sourced locally, our maintenance is done locally, we are a local company, employing local people, supplying local companies with local product.” 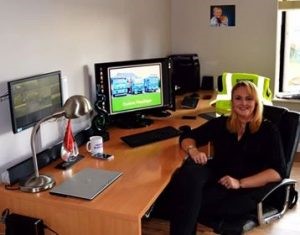 Pictured: Eileen Dunne runs the administrative side of the family business 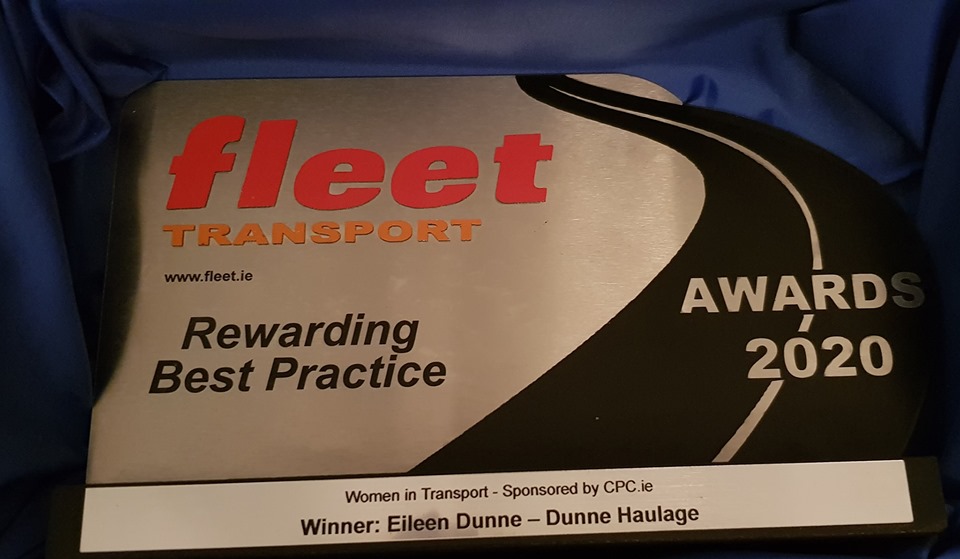 Indeed, D. Dunne & Son Haulage has also been recognised for its excellence in service as it previously won the Fleet Transport haulier of the year for two years in a row in the ‘Owner/Driver” section back in 2013 and 2014.

“It was the pinnacle of my career to win the Women in Transport award, we were all absolutely delighted.  I’ve worked in haulage for many years and over the years the industry has gone from being predominately male to women also making careers in haulage, construction, and quarrying especially around Co Kildare. It’s inspiring that the Fleet Transport Awards recognise what women are doing and what they can do in the haulage industry,” said Eileen.

For more information on D.Dunne & Son Haulage call their office on  087 286 6067 or message them on Facebook @DunneHaulage.