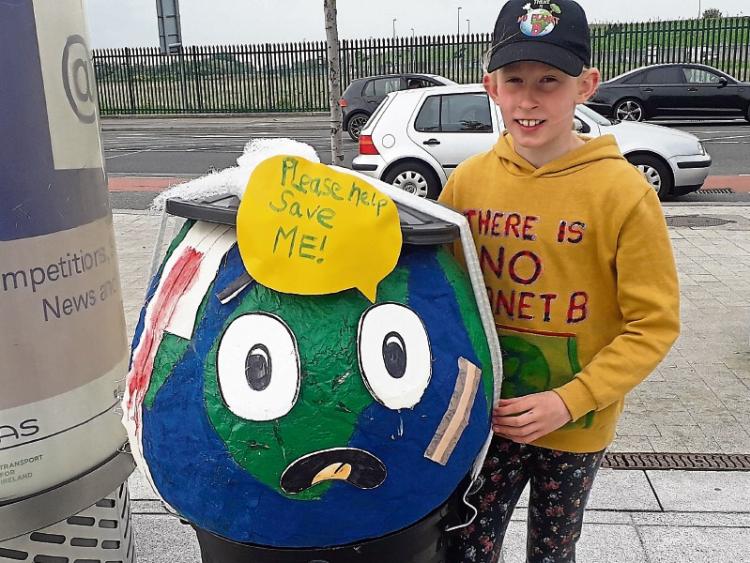 A 10-year-old Naas student has been chosen to take part in an RTÉ Youth Assembly on climate in Dáil Éireann this week.

Ruby-Jo Cowdell, a 5th class student in the Mercy Convent, is one of 157 delegates from across Ireland, who will take the place of the TD's for a day on Friday, November 15. They will discuss and determine their proposals for next steps for Ireland on climate action. This will also be televised.

Ruby-Jo became interested in the environment after a visit to Cool Planet in Powerscourt, Co. Wilcklow.

“Herself and her friends set up the No Planet B club in Naas and since then she has become passionate about her environment, bio-diversity

Ruby-Jo applied to be a candidate for the youth parliament because she cares about the Earth. Ruby-Jo would like the Government to “take action instead of just speaking words, ban single use plastic, plant more trees and reduce our carbon emissions.” She does a lot herself to help the environment.

“She walks to school everyday, does litter-picking and eco-bricking,” mum Niamh added.

“With the help of her uncle she built a small vegetable patch in our garden and planted tomatoes, courgette, potatoes and runnerbeans. She organised a local pollinator area in her estate. She wrote to Aldi about their use of plastic packaging and with the No Planet B club she lobbied the local candidates standing for election to find out their policies on climate change.”

Ruby-Jo has done many speeches on climate change both with the club and on her own. Ruby-Jo and the club also got the chance to speak and represent the junior schools at the School Strikes for Climate in front of 20,000 people in Dublin.

Ruby-Jo is a member of Naas athletics club, plays gaelic football for Naas and likes climbing and horse riding.