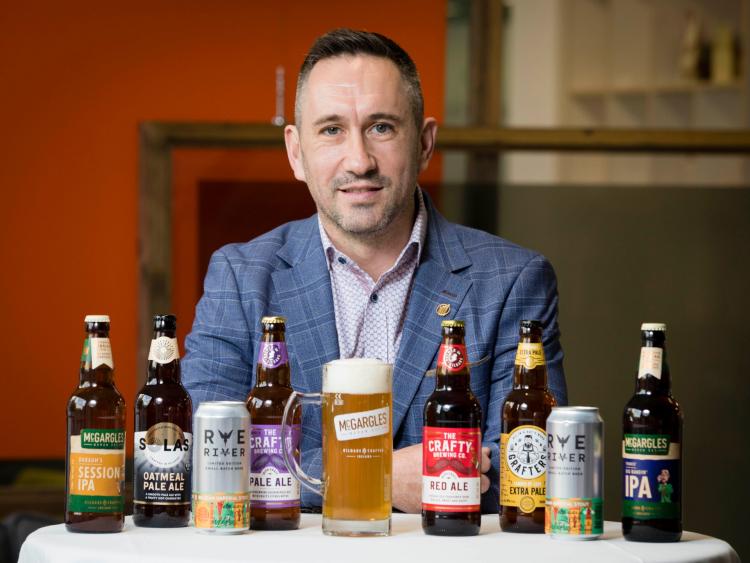 Kildare-based O’Brien Fine Foods and Rye River Brewing have been announced as two of the 29 Irish companies shortlisted for Bord Bia’s Food and Drink Awards 2019.

Designed to recognise excellence within Ireland’s largest indigenous industry, more than 300 industry leaders will gather at the event hosted by RTÉ’s Miriam O’Callaghan on Wednesday November 27 in the RDS Concert Hall.

The O’Brien family purchased the company in 2000 from Mary and Ossie Brady, who began the business in 1978. Since then, the brand strategy has always been to highlight the product’s quality credentials of 100% Irish pork carved from a single joint, while staying true to the traditional methods at its heart.

Companies shortlisted in the Brand Marketing category have demonstrated that they have differentiated themselves from competitors by using creative marketing communications and consumer insight to develop brand strategies, leading to long term success.

O’Brien Fine Foods launched a new campaign in March 2019 ‘Come Out You Other Hams’ to position the brand as the leading ham brand in the Irish Market, which they have since achieved.

In addition to this, Valda Smith, the New Product Development Manager with O’Brien Fine Foods has been shortlisted in the Future Leader category. The individuals shortlisted for this award have made a significant positive impact to the business environment in which they work and have demonstrated consistent leadership and commitment to the food and drink industry. Food science graduate Valda Smith joined O’Brien Fine Foods in a junior management position in 2017 and in June this year, she was promoted to her present role of New Product Development Manager.

Rye River Brewing from Celbridge, has been shortlisted in the Domestic Success category. Since its establishment in late 2013, Rye River has grown to become Ireland’s largest independent craft brewery, employing 45 staff and occupying the number one craft beer position in the Irish retail market.

Rye River produces a range of 30 award-winning craft beers including the McGargles brand, which is Ireland’s fastest growing domestic craft brand. The company currently exports to 25 countries and is set to add a sixth brand to its portfolio in 2020.

The Domestic Success Award acknowledges companies who have strategically grown their share in the Irish market by demonstrating a comprehensive marketing strategy, a keen understanding of Irish consumers and an effective use of resources to achieve outstanding results.

In 2018, the company launched the Rye River Seasonal Brand; which was its first brewery-led label that consists of small batch, specialist craft beer aimed at beer connoisseurs. Using social media to drive the company’s marketing strategy, Rye River strengthened its loyal consumer base, which ultimately contributed to the success of  Rye River Rising, an event held at the brewery as part of its fifth birthday celebrations.

Commenting on the announcement, Tara McCarthy, CEO of Bord Bia, said: "The biennial Bord Bia Food & Drink Awards provide us with an opportunity to acknowledge the drive and commitment that are the hallmarks of the Irish food and drink industry. Despite the challenging economic and trading conditions of the past two years, those shortlisted including O’Brien Fine Foods and Rye River Brewing have demonstrated excellence in their use of marketing principles and consumer insight and they are shining examples of best practice across the industry. I want to congratulate all companies selected and wish them luck at the awards ceremony later this month."

The overall award winners in each category will be announced at a Gala Luncheon at the RDS Concert Hall on Wednesday, November 27 2019. For further information, visit www.bordbia.ie/awards