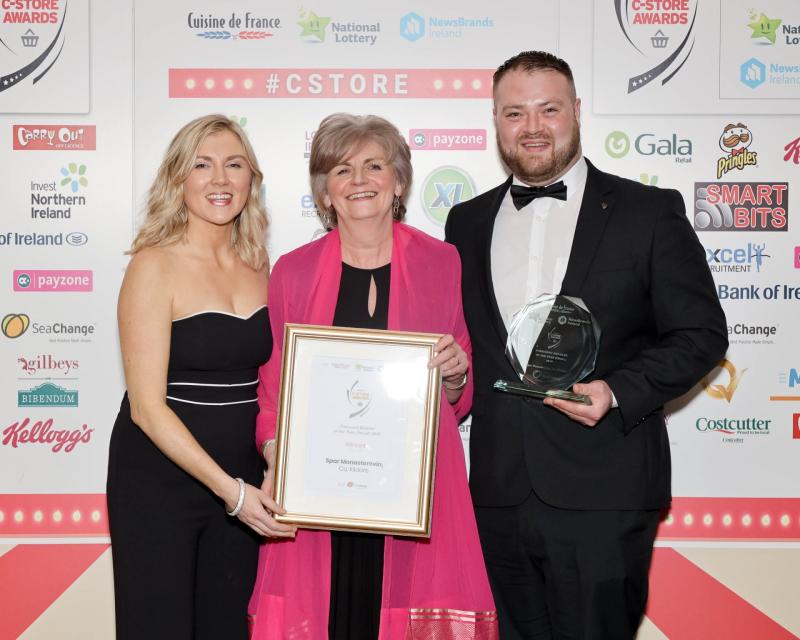 Now in its 19th year, the C-Store Awards were set up to acknowledge stores and individuals that set the standards for the industry.

SPAR Monasterevin was honoured on being named Forecourt Retailer of the Year (small) 2019, while Texaco/SPAR Celbridge, Co Kildare was awarded the silver award in the same category.

On collecting their award Donal Fitzpatrick, Monasterevin said: “With all the hard work that goes into raising standards in store and improving the business, this is real recognition of our efforts. We are delighted to have been acknowledged within the industry.”

On the night, ShelfLife welcomed more than 450 guests from across the industry. A total of 42 awards were presented, celebrating the industry’s finest stores and people in a diverse range of categories.

Congratulating the Kildare stores, Colin Donnelly, SPAR Sales Director said: “We would like to extend our congratulations to the teams at SPAR Monasterevin and Texaco SPAR Celbridge on their successes. Their relentless drive and ambition sets them apart from their peers in a marketplace internationally recognised as setting the standards in convenience retailing. They are great champions for the SPAR brand.”