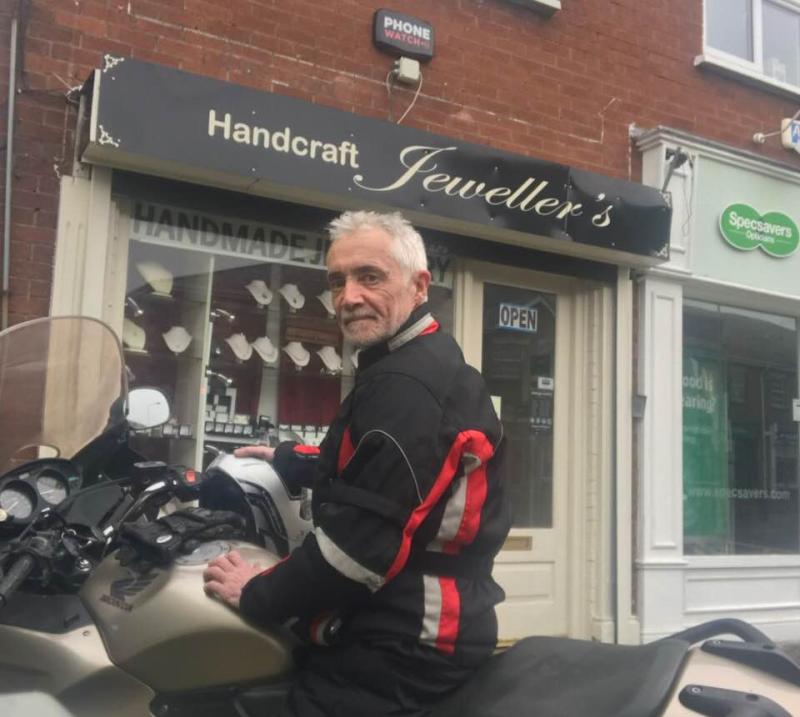 The late Damian Dunne, formerly of Handcraft Jewellers in Newbridge. May he Rest in Peace, Amen.

The owner of a popular jeweller's shop in Newbridge has passed away and will be laid to rest tomorrow.

Tributes are being paid to the late jeweller and metalsmith Damian Dunne, formerly of the Handcraft Jeweller's in Newbridge, who passed away peacefully on Wednesday (4 December) following a long illness.

Damian was originally from Ballyfermot and he had over 42 years’ experience in jewellery manufacturing, with 15 of these years being in retail, and having worked in one of Dublin's most respected jewellery manufacturers, with this knowledge and experience Damian could design and make that special piece of jewellery for his customers.

His popular store Handcraft Jeweller's in Newbridge which specialised in the repair of gold and silver jewellery closed after four and a half years in business in October 2019.

He also had a store in Kildare Town which was open for 11 years.

Cllr Chris Pender, a friend of the late former owner of Handcraft Jeweller's Newbridge, told KildareNow: "Damian was a very smart and kind-hearted man, he never judged anybody and he was always willing to chat to you in the shop whenever you were browsing. I knew him quite well, he was a lovely man, he gave everything he had to others and he also taught people in the community about his metal work which he had a true talent for. He'll be sadly missed by all."

Donations, if desired, to ''The Motor Neurons Association''.

May Damian Rest in Peace, Amen.