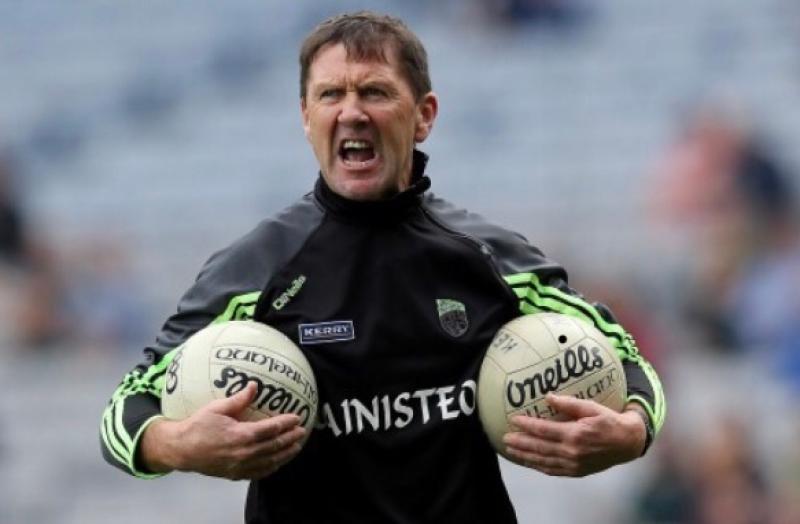 This afternoon will see the beginning of a new chapter in Kildare Football as Jack O’Connor takes charge of the team for the first time.

The former All-Ireland winning Kerry boss has been working away in training over the last few weeks and his team will hit the field in a competitive sphere for the first time..

Longford are the visitors to St.Conleths Park for Round 1 of the O’Byrne Cup and O’Connor is content from what he has seen of the Kildare players so far.

“We are getting a good reaction from the players which is the important thing and they are going very hard in their pre-season work with running and weights. It’s the time of year where we have to try and lay a foundation if we can”.

“We’re trying out a lot of new players and at the moment we’d have upwards of 50 players in and a few of them are injured so it will be a while before we have a confirmed panel”.

“I’ve been impressed with the level of enthusiasm among the players to be honest with you and they are very serious and dedicated about what they are doing. If you can garner a good spirit and make training as enjoyable as possible that’s the key”.

“There will still be hard work of course but I’m working hard on creating a good atmosphere in there and getting the players as fit as possible and then we’ll work on the football”.

There is no official panel for the O’Byrne Cup but from last year Fionn Dowling and Eoghan O’Flaherty have opted out while Ben McCormack is gone travelling.

Mark Dempsey will also miss the League due to College commitments but in better news the likes of Dan Flynn and Johnny Byrne are back on board.

“From last year’s squad Ben McCormack is gone travelling and Mark Dempsey is away in Canada with College so he will be unavailable for the League and outside of that we’d have the vast majority of the 2019 panel”.

“Dan Flynn is back with us and that’s a big boost while there is a couple of other fellas who weren’t available last year back in too. Niall Kelly missed a good bit of last year, Johnny Byrne is back in training while Paul Cribbin is nearing a return from injury that saw miss out on nearly the whole year. In general we have the vast majority of the players we want anyway”, O’Connor said.

“Ross Glavin would have known Ross Dunphy through the Army and he has a lot of Inter-County experience. He was worked with the Tipperary Hurlers previously and he did a good job with Thomas Davis as they reached the Dublin Football Final this year”.

“He’s very enthusiastic and energetic and he’s doing a great job so far”.

Another thing to take into account from this weekend’s games will be the introduction of a couple of new rules and for O’Connor its hard to know what way it will work out but he does admit that it makes things very difficult for referees.