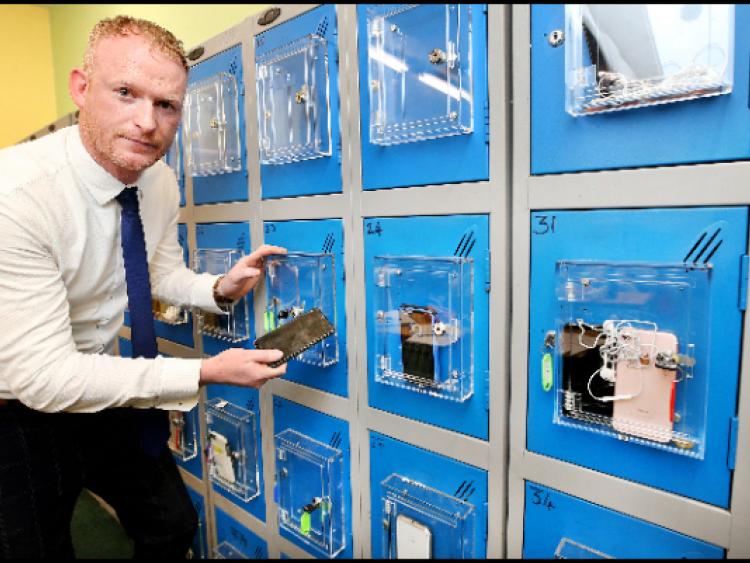 Pictured: Principal Karl Hegarty of Leinster Senior College in Newbridge has patented his idea for the 'Phone Away Box'.

A Co Kildare principal has introduced one-of-a-kind, specially designed phone lockers to help students avoid the temptation of looking at their phones while studying.

Karl Hegarty is in his 3rd year as Principal at Leinster Senior College in Newbridge, Co Kildare, a private school for 5th, 6th year and repeat students.

A few months ago he was inspired to design lockers for phones to encourage students to focus on their studies.

"The lockers are in a few weeks, the idea came to me a couple of months ago after I became a bit fed up over the policies on students bringing phones to classes. I was aware that students would have their phones in their pockets and that the constant vibrating was distracting them and other students during studying. Just because you can’t see the problem doesn’t mean it’s not there," explained Mr Hegarty.

Mr Hegarty designed the transport acrylic boxes which are attached to students’ lockers before having the boxes made in China and installed in the school.

Students put their phones into their personal see-through boxes on the outside of their locker doors, and each box has a key which can be removed when the box is locked.

Mr Hegarty has now also patented his idea for the phone lockers, with interest to install similar phone lockers expressed from other schools in Ireland and the UK. Mr Hegarty has also appeared on RTE Radio One and Morning Ireland in recent days to discuss his creative invention. 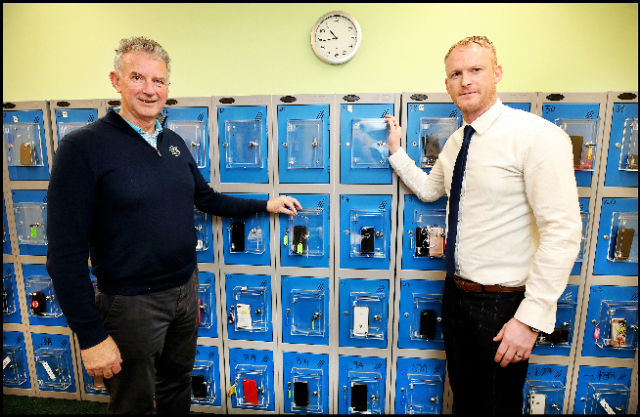 As far as Mr Hegarty is concerned, phones are important to young people but they should not distract students to the point that they fall behind in their studies.

So far, the phone lockers have proven to be a success for Leinster Senior College, with students now making a point to leave their phones behind in the lockers as they head to classes. 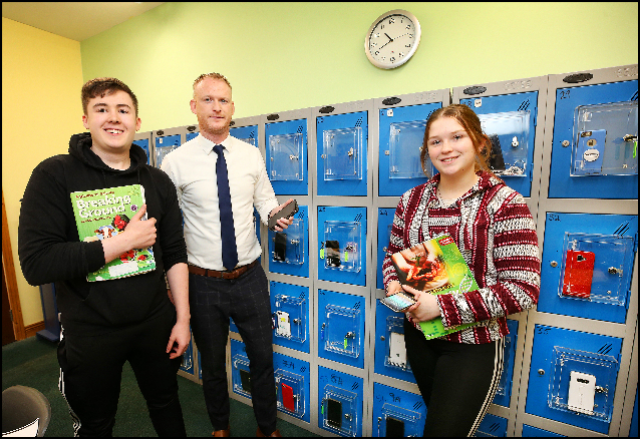 “I’m trying to get across that I don’t feel that phones need to be banned from schools, but I do feel that there needs to be a compromise. There’s a culture for phones and a void at many schools for discipline with regards to students bringing phones to class.

“I think that to be the best footballer or musician or academic that sacrifice needs to be made, which for many is not having their phones when they’re studying. And now with Christmas coming up parents might find themselves in a similar situation, with teenagers on their phones constantly, so maybe it’s something they can look into as well,” said Mr Hegarty.

According to Mr Hegarty, the ‘Phone Away’ mobile lockers are supplied for €25 and can be installed for €30.

For more information on ‘Phone Away Boxes’ visit www.phoneawaybox.com