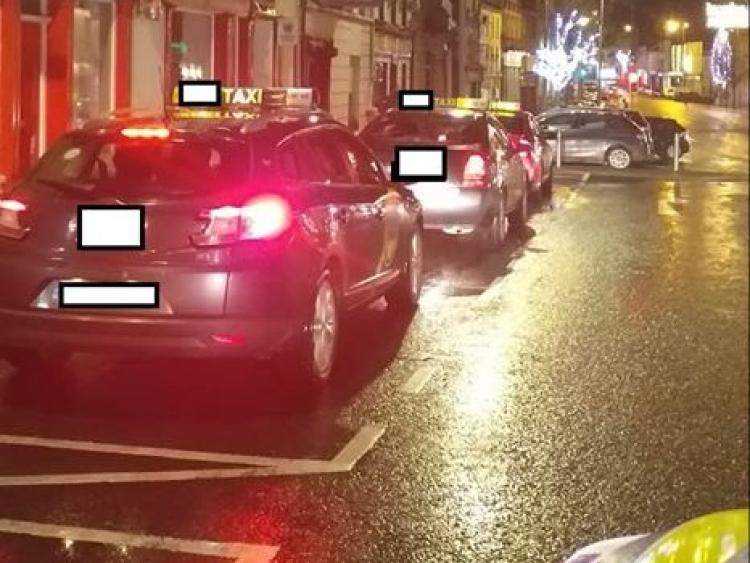 An operation targeting taxi drivers was conducted in Naas over the weekend.

Gardai say checkpoints were carried out at various locations and ranks were inspected.

Numerous offences were detected ranging from: Meters not switched on/running; Drivers not assigned to taxi; Areas Stickers not in place; Required safety equipment not in place; Taxis standing – not at appropriate taxi rank; Required driver identification not on display; One taxi was taken out of service for a period of time for repairs to be carried out re lighting.

"All above breaches received on the spot fines. An Garda Siochana and the NTA would like to thank the public for their cooperation during this operation," said a Garda spokesperson.