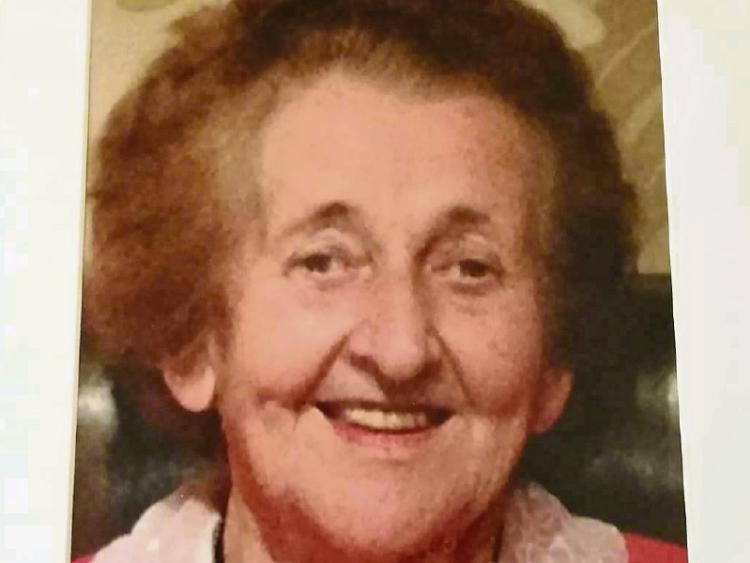 As 2019 ebbs to a close, we use this time of year to make resolutions for 2020 but also to reflect on those events which affected and touched us during the course of the past twelve months.

Traditionally, it is the time of year when we remember those who have left us, the dark winter evenings reflecting the inner sadness that brushes against us as we celebrate Christmas and New Year in the absence of someone from the dinner table or from the road in which we live.

Sadly, many good friends, neighbours and colleagues have died these past 12 months, but we would like to reflect here on one particular person who touched many lives in our communities, and she always touched those lives for the good.

August saw the sad passing of Betty O’Neill after a number of weeks of illness under the care of the staff of Naas General Hospital. Previous to that, Betty had received devoted care from her beloved John and from Dr Michael O’Connell, as well as her personal carer Marian, who always went the extra mile for Betty.

These wonderful people, along with Betty’s own deep faith, sustained her through her final illness.

John was the love of her life and rarely have we witnessed a closer or more committed pairing.

They were 70 years together, through good times and bad, meeting in 1948 and marrying seven years later.

John was a long-time public representative, displaying all that is good about a profession often in the public eye for less than exemplary reasons.

John, in contrast, showed all that was worthy, noble and dignified about serving his community, his people, attending to his many Council duties and official responsibilities with modesty, respect and diligence.

John and Betty were a formidable team. While John served in public office, he could not have continued to achieve the success he did over many years without the tireless dedication and energy of his wife by his side.

Betty’s warm, engaging manner, her ability to listen as well as to hear, her deep concern for the people of Newbridge and the surrounding towns and villages she knew so well, all made her a woman deeply attached to the values of honesty, decency and civic duty, though she never sought the limelight for herself.

A true family woman, Betty was quite open about her painful initial difficulties in starting a family.

Great joy surrounded the safe arrival of Kieran and Fiona in the mid-nineteen-sixties and the family home on Eyre Street was the deep well from which great love and devotion was drawn over many years.

Tragedy struck almost two decades ago with the death of Fiona in South Africa in 2001.

The numbing pain of such devastation would have upended any family’s sense of compass, but the deep faith and quiet spirituality of Betty and John, as well as the firm fortitude of their own personal relationship, allowed them to weather those dreadful stormy months and years.

Such deep tragedy allowed Betty and John to appreciate the pain and suffering of others.

Their grandsons, Jonathan and Dane, were a source of deep love and devotion to them both, as well the many nephews and nieces who ensured the O’Neill household was a place of vitality, of succour, and of love.

We mourn with deep sadness the passing of our friend and neighbour, Betty O’Neill, and we salute the compassion, decency and integrity she showed in every day of her life amongst us.

We also acknowledge the beautiful and tender send off which ‘Tot’ received from Fr. John Harris, Prior of the Dominican College, at her funeral mass.