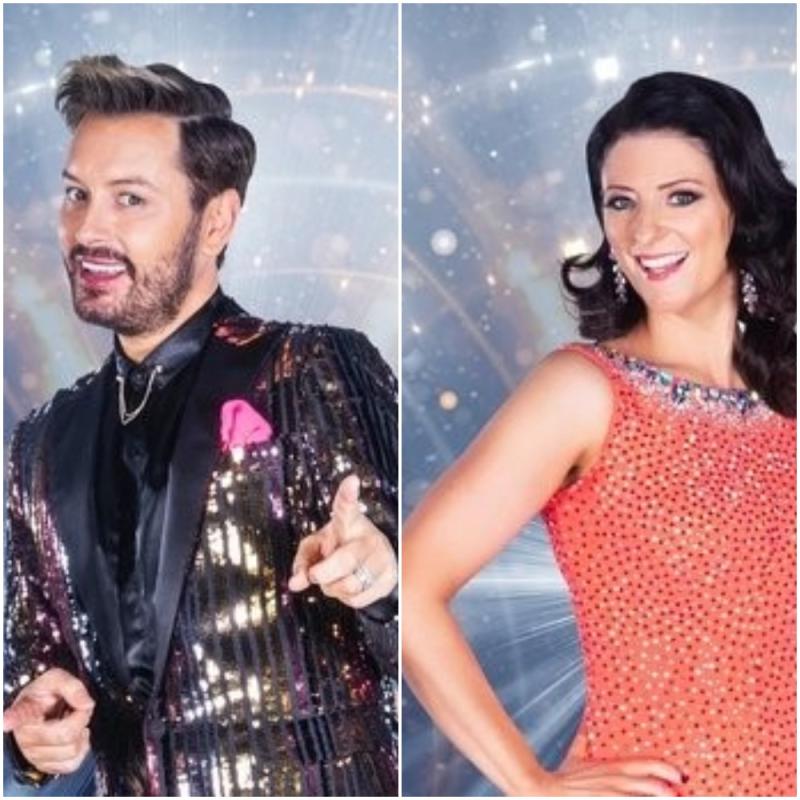 Kildare natives Brian Dowling and Sinéad O'Carroll fly the flag on 'Dancing with the Stars' this Sunday.

The competition is heating up on 'Dancing with the Stars Ireland', with Kildare represented by former B*witched star Sinéad O’Carroll and Big Brother Winner Brian Dowling as the show enters its third week.

In week one, Rathangan native Brian and his dance partner Laura Nolan performed a sassy, well-coordinated Salsa to Lizzo’s Juice, delighting the audience and the judges, earning them 16 points. In week two,

During rehearsals, Brian promised to "give it 150%" to his performance and he didn't disappoint, with Laura choosing the Salsa because she felt it “really suits Brian’s personality.” The judges praised the duo’s efforts, with judge Julian Benson describing the performance as a ‘sassy Salsa.’

Speaking to the KildareNow this week as they prepare for week 3 of the popular dance competition, Brian and Sinéad discussed their hopes for the show.

“It’s pretty full-on, very physical, but I love the routine of it all. I’ve been interested in taking part in the show for years, it’s the biggest show on Irish telly right now and it’s aimed at a family-friendly audience at 6. 30 o’clock on a Sunday night, which is wonderful and my nieces are loving seeing me on it,” explained Brian.

He described his professional dancing partner Laura as ‘a joy’ to work with. “It’s Laura’s first year on Dancing with the Stars Ireland but she is such an incredible dancer, she’s full of energy and precision, especially in ballroom dancing. She’s a joy to work with, we go for lunch and we can just switch off, too. I’m giving it 150% and I couldn’t imagine doing it without Laura,” said Brian.

Brian said that his family have been hugely supportive of him being on the show, and in the coming weeks his family will also gather in Rathangan on February 23 for the annual ‘Run for Rosie’ event meeting at 12 o’clock at the community centre. The race is in honour of Brian’s mum Rosie, who sadly passed away from Sudden Arrhythmic Death Syndrome (SADS) on February 21, 2018. “The race will include a 3k, 5k and 10k and a buggy run for a worthy cause for the Family Screening Centre at the Mater Foundation, last year we raised almost €30,000,” he said.

Meanwhile, talented Newbridge native Sinéad O’Carroll has said that everyone is getting on well behind the scenes on this year’s show. “We’re all getting on really well, the banter is great we all go out for lunch which is lovely. My dance partner Ryan has been amazing, he’s very calm and relaxed which has made everything so much easier. When I was growing up in Newbridge, my mum and dad used to do a bit of ballroom dancing, and when we were kids we used to watch a programme called ‘Come Dancing’ which was a real treat, so to be doing Dancing with the Stars for me is amazing,” she explained.

Sinéad also said that she was ‘absolutely delighted’ to have gotten a score of 21 last Sunday from the judges. “I was shocked with the score, I was in a bit of a daze afterward, but it was so great and we were delighted with it,”she said.

Talented Sinéad is best known for her part in superstar girl group B*Witched, who, in the late nineties and early noughties, hit the top of the charts with catchy songs including Rollercoaster and C'Est La Vie. Mum-of-two Kildare natives Brian and Sinead fly the flag on 'Dancing with the Stars' has also appeared in Fair City, and runs her own stage school, Star Academy in Greystones.

This week the pressure is on for the celebrities as the first elimination draws closer on Sunday, 19 January, from 6.30pm on RTE 1.