No reported cases of coronavirus in Ireland 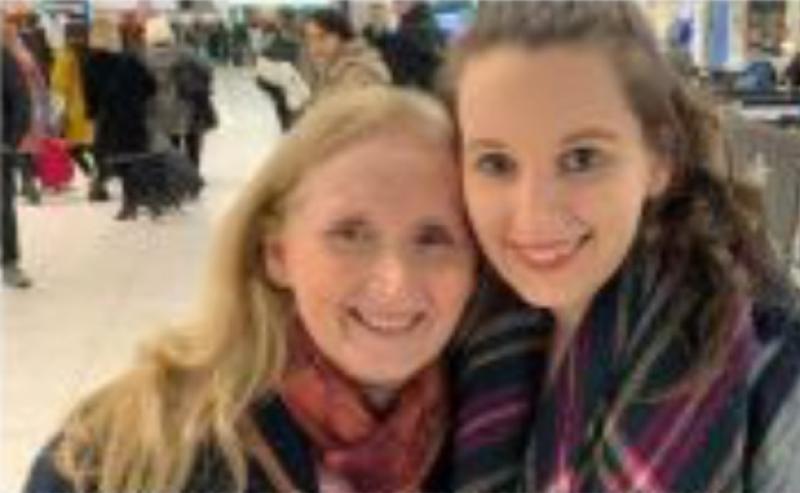 Hannah McGrath was greeted by her mum Grace and her family last Friday, 14 February after travelling from China

Two Kildare teachers Ben Kavanagh from Kilcullen and Hannah McGrath from Maynooth have spoken of their relief as they have been evacuated from coronavirus-hit China in recent days.

Kilcullen native and psychology teacher Ben Kavanagh was living in the Chinese city of Wuhan when the deadly coronavirus put the city on lockdown in January, he was evacuated from the city earlier this month.

Ben was among a group of 110 people who were airlifted from Wuhan in China in recent days, and after a 40-hour journey he arrived at the RAF base at Brize Norton in Oxfordshire where they were then taken by coach to Arrowe Park hospital in Birkenhead near Liverpool.

The outbreak of this strain of coronavirus has been traced to a market in the city of Wuhan, where wild animals were on sale.

Meanwhile, Maynooth native and English teacher Hannah McGrath was teaching in the city of Nanjing, capital of China’s eastern Jiangsu province when the virus broke out. Hannah self-quarantined in her apartment and she said that the city was ‘completely locked down’ for weeks.

After a difficult journey where she had to pass through Beijing and several European countries, Hannah arrived home safe and well to Dublin Airport in Ireland last Friday, 14 February where she was greeted by her overjoyed family and friends. Hannah said she was ‘absolutely delighted’ to be back home.

According to her mum Grace McGrath, who is a choreographer for Naas Musical Society, the last few weeks since the coronavirus outbreak has been chaotic and worrying for them as a family.

“We’re so relieved to finally have Hannah home now, she’s in great form and she feels well. We got her back last Friday morning, she’d travelled through Beijing and then onto Frankfurt in Germany, she was tested all the way through, and then she reached Ireland. We’ve been in contact with the HSE, Hannah talked at great length with them about advice and what to do, like if she feels unwell to contact her GP but don’t actually go to the practice, but she okay and please God she’ll keep that way,” said Grace.

Meanwhile Hannah is also still teaching English online for her school back in Nanjing so she is still getting paid, and while her contract is up next October, it could be several months until she returns to China. “Her apartment is over there and it is hoped that the school will reopen in March because they have to be so careful with the kids, but it will be a few months before she goes back over there. She got herself home and we are so proud and happy to have her back, “added Grace.

More than 1,900 people have died globally from the coronavirus with more than 360 cases reported outside of mainland China in recent weeks. Although no such cases have been reported in Ireland, two Irish citizens, who were on board the Diamond Princess cruise ship, have tested positive for coronavirus, known as Covid-19, according to the Department of Foreign Affairs.

The Department of Health has said that 78 suspected cases of the virus have been tested in Ireland, but there have been no confirmed cases in the country although isolation rooms have been set up and masks have been distributed to GPs across Ireland as part of precautionary measures currently in effect.