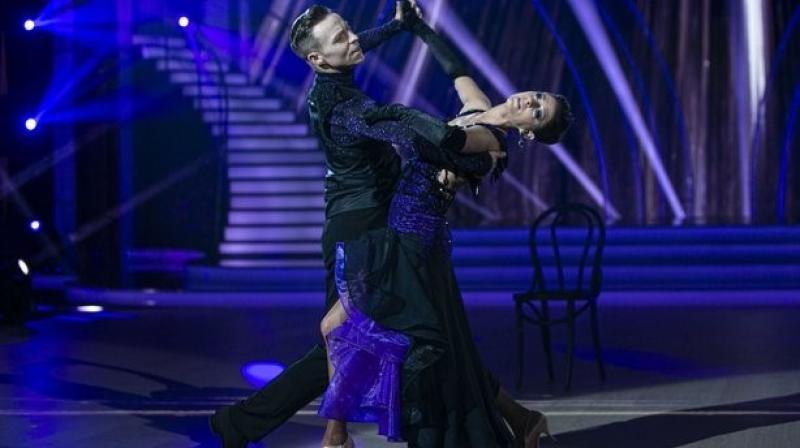 Kildare celebrity and former B*Witched singer Sinead O'Carroll and her professional dancer partner Ryan McShanewere the latest to exit Dancing with the Stars tonight after competing in the dreaded dance-off against RTE 2FM presenter Lottie Ryan and Pasquale La Rocca.

Along with Kilkenny hurling star Aidan Fogarty, the pair were named as being in the final three after the public had voted.

Talented Sinead and John danced an energetic tango to the Eurythmics 'Sweet Dreams' with the support of the RTE Concert Orchestra, securing 24 points from the judges Brian Redmond, Lorraine Barry and guest judge Darren Bennett.

After both Sinead and Lottie performed in the dance off, the three judges were asked who they wanted to save.

Guest judge Darren Bennett praised both pairs for their 'amazing performances under tremendous pressure' and said that neither act deserved to be in the dance off, but ultimately, he chose to save Lottie and Pasquale.

Next Kildare resident Brian Redmond was asked for his vote and he chose to save Lottie and Pasquale, meaning that Sinead and Ryan were eliminated from the show. Third judge Lorraine Barry also said that she would have chosen Lottie and Pasquale as well.

Speaking after the elimination, Sinead wanted to thank all of her supporters during her time on the show. "I'd like to thank everyone who has supported me on the show over the weeks, to dance with a world champion like Ryan has been amazing. I'm so grateful for the experience on the show." Her dance partner Ryan McShane said that Sinead was a joy to work with on the show.