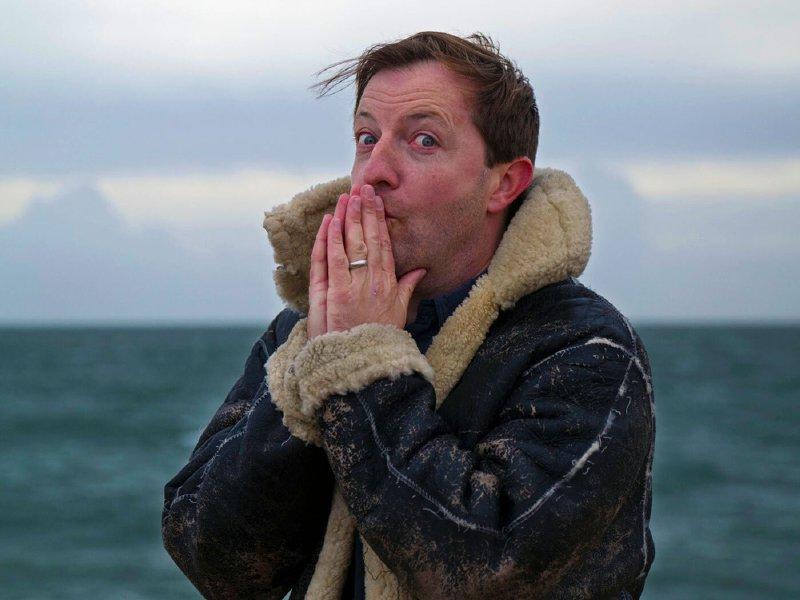 It’s been a busy few months for comedian Andrew Maxwell, known for his recent stint in the Australian jungle for ‘I’m A Celebrity… Get Me Out of Here!’ and now he’s bringing his hysterically funny ‘Reality’ tour to the Glenroyal Hotel in Maynooth on Friday, March 6.

Born and raised in Dublin, Andrew tried stand-up comedy for the first time in 1992 at the Comedy Cellar at The International Bar in Dublin and from 1995 he made regular appearances on BBC’s Sunday Show.

Other credits include his witty voice-overs as the narrator for the popular reality dating programme ‘Ex On The Beach’ which ran for nine seasons and at the end of 2019, he came eleventh on the sixth season of ‘I’m A Celebrity… Get Me Out Of Here.’

Speaking to the Leinster Leader ahead of his hotly anticipated show in the Glenroyal Hotel & Spa on March 6, Andrew said he is excited to bring his ‘Reality’ tour to Kildare fans.

“I did a gig before at Maynooth University and it was great with the students; they were a great crowd. I am really looking forward to the show in the Glenroyal. “

And he added, “The ‘Reality’ tour is the culmination of two years and I’ve had plenty of inspiration lately from Irish politics after the General Election! For the show I’ll probably talk about the politics and my jungle experience, I’ve got shows coming up right across Ireland up until May and I’ve also toured around Australia in recent months after I’m A Celeb. It’s been very busy,” he said.

Indeed, Andrew had a great run on the popular ‘I’m A Celebrity… Get Me Out of Here!’ which wrapped up in December with former EastEnders actress Jacqueline Jossa named as ‘Queen of the Jungle’.

Although he came eleventh on the show, Andrew was delighted with the experience and has said he now has great new jokes for his ‘Reality’ tour.

“It’s was amazing being on I’m A Celeb. You have this huge crew to look after you behind the scenes and you’re safe but you do have to keep to the camp and try not to attract rats or spiders or snakes with the food. For me and Nadine Coyle (former Girls Aloud singer) we both grew up on an island where there are no snakes, so to go over to Australia and see them was unreal. ‘I’m A Celeb’ has a great reach and always wins at the NTAs, this year it reached 13 million and at least 500,000 people watched at home in Ireland so it was great to be a part of it, to have that kind of coverage as well and reality shows are doing so well at the moment.”

Andrew also appeared on The Late Late Show with Ryan Tubridy on Friday, February 14, just in time for Valentine’s Day. He’s also recorded an episode of the forthcoming series of QI and has appeared on the new political panel show ‘Breaking The News’ for the BBC and 'Roast Battle' on Comedy Central.

Andrew is the recognisable voice of MTV’s hit show 'Ex on the Beach' (which has ran for nine series), and on Radio 4 as the host of Andrew Maxwell’s Public Enemies as well as being a regular on R4’s News Quiz. Having the ear of both the youth and older audience, Andrew is best placed to get all ages to stand up and be counted.

Last year he also won Celebrity Mastermind with the specialist subject of Lebanon (which he knew nothing about six months before the recording).

Andrew also went viral recently in a video talking about the Irish Border and Brexit stating, “Number one, it's not the Irish border, it's the British border in Ireland. The Irish border is the beach.” The video was watched by over 200 million people around the world and had over 250,000 comments.

As always, Andrew will be taking on the tough political subjects some comedians just skirt around and giving you his hysterical yet perfectly thought-out point of view every time.

Mix this with some of his personal stories over the last year, including tales from his time in the jungle and the people who made him laugh, and you’re definitely in for, as always, a fantastic show that never lets his audiences down.

Andrew Maxwell will perform at the Glenroyal Hotel & Leisure Club, Maynooth, Kildare, on Friday, 6 March with doors open from 8pm and the show starts at 9pm.