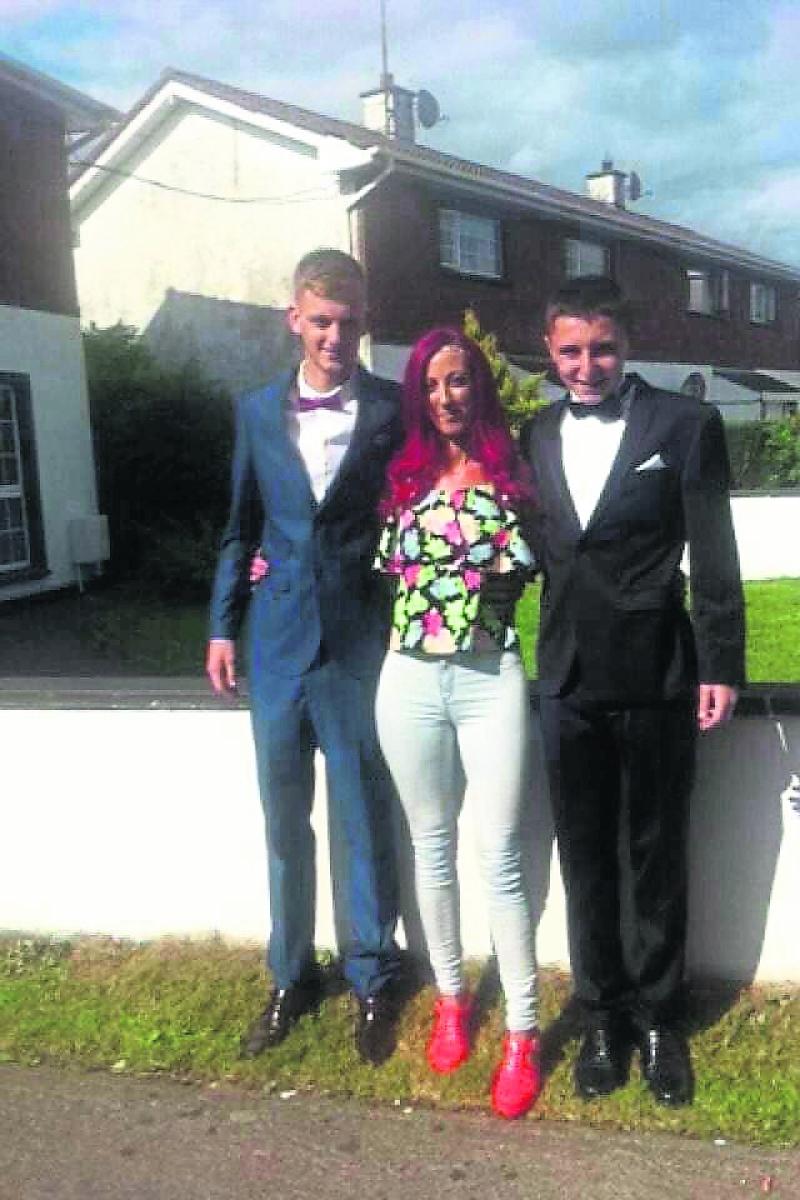 A Newbridge woman is appealing for help with a unique project which aims to provide funds for mental health services locally.

Aiming to stem the growing rate of suicide in the town, Charlotte Wolfe is opening a charity shop and all funds generated will be pumped into mental health initiatives in Newbridge, especially for young people.

“My twins, Mark and Chloe, who are now 23, lost a close neighbour and friend Ben Moran to suicide four years ago. We all felt his loss so deeply and it ripped us apart. It's happening too often and I don't want to see it happening to anyone else.”

Ben's story was in the news three years ago after Charlotte set up a campaign to get singer Ed Sheeran to dedicate his song Photograph to the tragic teenager during his Irish tour.

“I used to listen to Ed Sheeran all the time and brought Ben along with my twins to see him. It was their first concert.”

The singer wrote a heartfelt response regarding Ben on social media and Ben's gravestone includes some of the lyrics from Photograph, which was also played at his funeral.

Charlotte had worked in the Red Cross charity shop in Newbridge for four years before it closed. She decided to try to set up a new shop specifically to fund mental health projects in Newbridge.

“I know there's an opening, that a shop will do very well and that people will support it.”

She set up charity group Mindsmatter, and put out an appeal for volunteers on social media last June. A committee was set up including Kathleen Delaney treasurer,  Sherry McHugh acting treasurer, Donna Hill secretary, and Charlotte as chairperson.

The project is forging ahead. They have obtained CHY status, set up a bank account, and accountant Declan Browne has come on board. The group raised £2,400 at a bag pack in Dunnes Stores.

“We are now looking at shop units. but our biggest problem at the moment is that we have loads of offers of clothes and furniture but nowhere to sort and store them. People are stopping me in the street saying they have items for me to sell, but we need a storage unit, even just for a couple of months until we get up and running.”

As well as raising funds, the shop will also serve as a reminder to anyone in crisis that they are not alone, there is help available, and that the people of the town truly care.

The next fundraiser is a brunch on Friday, March 6 at McDonnell's of Newbridge from 11am to 2pm.

In the meantime, if you can offer a storage unit, contact Charlotte through Mindsmatter Newbridge on facebook or call 0879263116.