The show goes on as circus promises to repair Naas site 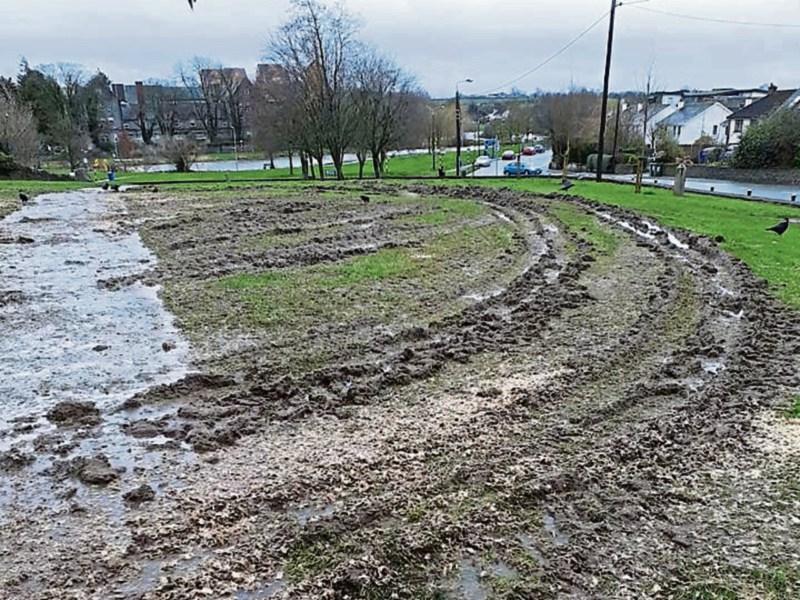 The Fairgreen site after the circus left recently

Management at Circus Gerbola have pledged to undertake a full restoration of the Fairgreen in Naas in the wake of damage as its vehicles departed over a week ago.

The circus is an annual attraction in Naas and visited during the mid term break.

However the visit coincided with torrential rainfall which meant that a considerable amount of damage was caused to the surface of the area by heavy lorries, vans and trailers.

The circus departed for Kilkenny and is due to open in Waterford city tomorrow (March 4) before moving to Dungarvan.

However the next visit to Naas will be to restore the grass area at Fairgreen.

A Circus Gerbola representative told the Leader: “We are very upset that we had to leave the Fairgreen in a very messy and muddy state after our week in Naas. We understand the concerns of many people.”He added it is company policy to leave every site visited in its original condition and they are unhappy at having to leave the area in a churned up condition.

He added: “We have already started to organise our actions to restore the site to its normal pristine condition. As we left, we hired a cleaning vehicle to clean up the area around the site and we are planning for the full restoration.”

He said: “Unfortunately, due to the bad weather conditions the country has been experiencing we must wait for the ground to dry out before we can proceed with (repair work). It will certainly be done as soon as possible.”

He also thanked the people of Naas “for their fantastic support” adding “Naas is a real circus town and we were delighted to have such massive support from really enthusiastic patrons for the opening of our 2020 season.”

The condition of the location was highlighted by Naas councillor Bill Clear, who said unless those using public areas returned them in good condition the county council would have to pay these costs.