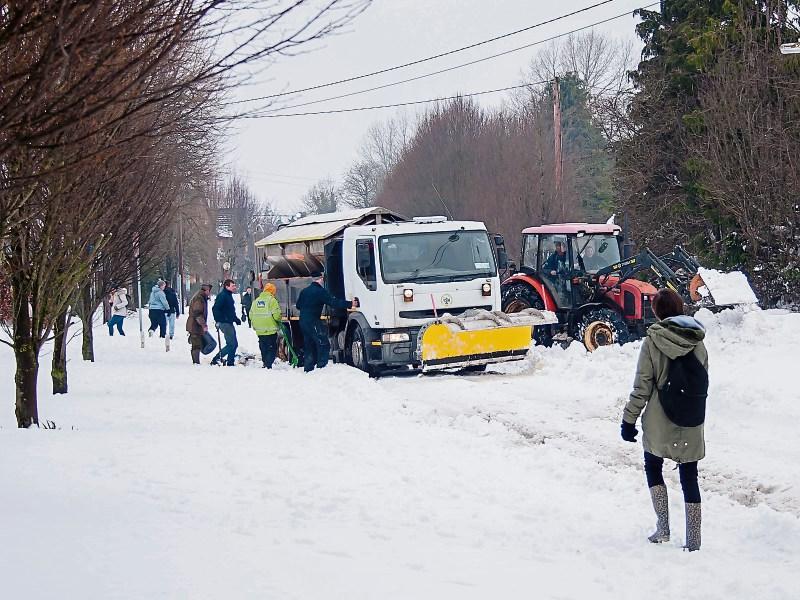 No extra salting of roads can be carried out in the Naas area during icy weather conditions.

Local councillor Fintan Brett asked the council to commit the route between Kilteel and Eadestown Road, through Rathmore.

He said the recent icy weather which hit the area on February 19 caused four accidents on the route and one of those involved was hospitalised.

He said the area is higher than most places in County Kildare and so is more susceptible to frost and ice.

“A lot of people are using the road to access south Dublin rather than the M50,” he told a Naas Municipal District meeting.

Kildare County Council says the salting trucks are running at “full salting capacity” at present in this and all areas around Naas.

This means that the council cannot make any changes to any of the salting routes in the area, no matter how small.