All go for Dancing With The Stars performer 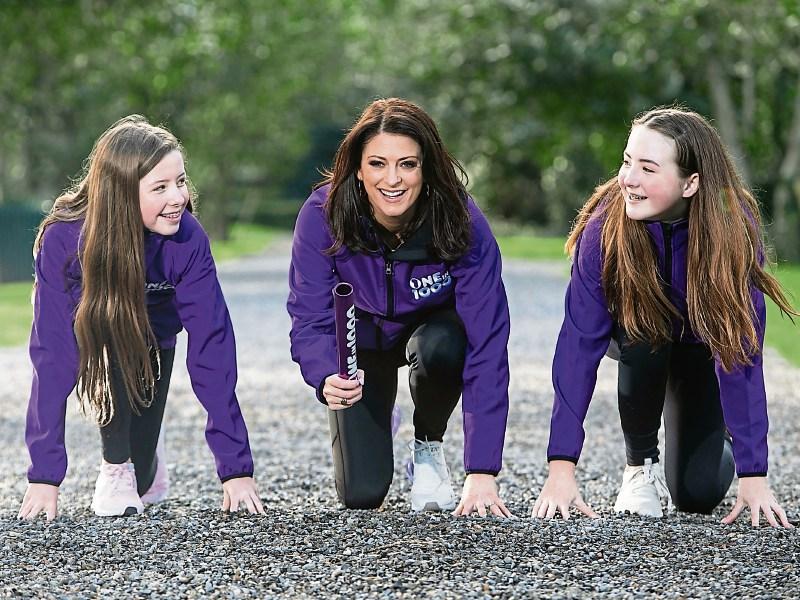 Sinead O'Carroll, centre, is getting behind the Mini Marathon push for Cystic Fibrosis Ireland

B*Witched and Dancing with The Stars’ Sinead O’Carroll from Newbridge has joined forces with County Wicklow mother Zoe Woodward, and her two girls Emily (14) and Lana (12) who both have Cystic Fibrosis, to launch Cystic Fibrosis Ireland’s annual One in 1,000 campaign – encouraging 1,000 women to take part in the Vhi Women’s Mini Marathon on May 31 for the charity.

Talented Sinead is best known for her part in the superstar girl group who hit the top of the charts with catchy songs including Rollercoaster and C’Est La Vie. Mum-of-two Sinead has also appeared in Fair City, and runs her own stage school, Star Academy in Greystones.

“My connection to CF goes way back, when I had a close friend with the disease who told me that she would listen to B*Witched to cheer her up when times were tough and her health wasn’t great. I also taught Lana at my dance school in Greystones. That’s why I was eager to join the campaign and help out as much as I can,” said Sinead.

Since the start of One in 1000 ten years ago, over €1 million has been raised to upgrade facilities across the country, however more dedicated outpatient and inpatient CF facilities for both adults and children with CF still need to be developed

Signing up for Cystic Fibrosis Ireland’s One in 1,000 campaign is easy – simply call Rachel on LoCall 1890 311 211, email rbyrne@cfireland.ie or visit www.cfireland.ie.