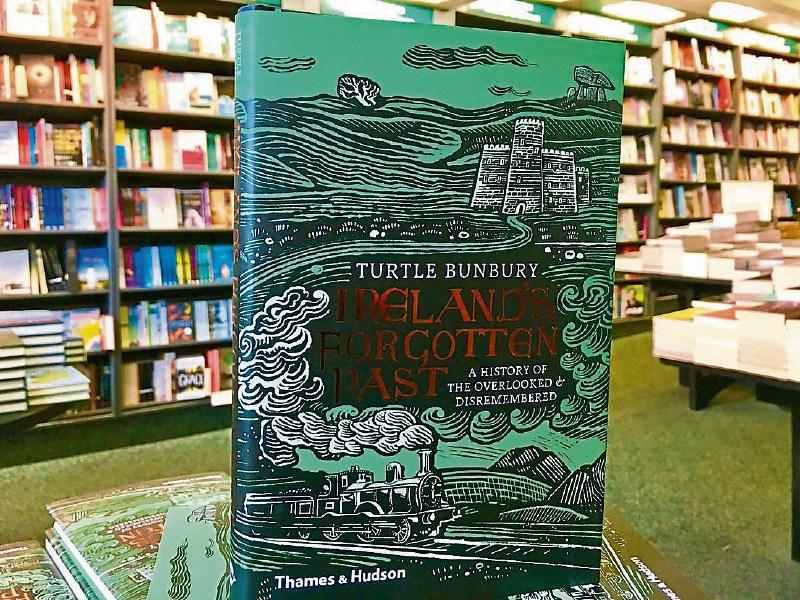 A new book reveals that Co Kildare has been the base for several kings of Leinster more than 1,000 years ago.

In the book, Ireland’s Forgotten Past — A History of the Overlooked and Disremembered by Turtle Bunbury — nuggets of local history are unearthed across the county.

Bunbury refers to an epic battle between the two mighty armies of the High King of Ireland Fergal Mac Máele Dúin and the Laigin (Leinstermen) at the Hill of Allen in 722.

He recalls how the seminal ‘Battle of the Groans’ near Carbury in 738 led to the fearsome Uí Dúnlainge dynasty maintain a grip on the kingship of Leinster for the next three centuries.

The book also talks about the Uí Fáeláin kings of Leinster who ruled from their stronghold at Naas.

Royal links with the town are evident from it’s Irish name: Nás na Ríogh — the place of the kings.

One of the last Uí Faeláin kings was Cerball Mac Muiráin who was reputed to have helped expel the Vikings from Dublin city in 902.

After a victory at Bellaghmoon near Castledermot in 908, Cerball was escorting a group of prisoners through the then ecclesiastical city of Kildare when a spark from a blacksmith’s forge caused his horse to bolt and he was flung upon his own sword and subsequently died in Naas from his wounds.

He was buried at Cill Corban near Kill as were eight previous kings before him.

Another royal clan, the Uí Muiredaigs, who provided 14 kings, were based at the hill fort at Mullaghmast near Crookstown.

The Mullaghmast Stone, a limestone boulder decorated with pre Christian etchings, is associated with the tribe and is now held at the National Museum of Ireland.

Bunbury is a best-selling author, historian, public speaker and TV presenterbased in Ireland.

His books include the award-winning Vanishing Ireland series, EasterDawn, The Irish Pub, The Glorious Madness - Tales of the Irish & the Great War (shortlisted forBest Irish-Published Book of the Year 2014) and 1847 - A Chronicle of Genius, Generosity & Savagery, which Oscar-nominated film director Lenny Abrahamson described as ‘vivid, surprising, hugely entertaining.’

He has appeared on TV shows such as The Genealogy Roadshow on RTÉ television, BBC1’s Wogan’s Ireland andthe 2018 US series of Who Do You Think You Are?

*Ireland’s Forgotten Past - A History of the Overlooked and Disremembered is published by Thames & Hudson and is available in book shops.