Naas students are on the way to final of money contest 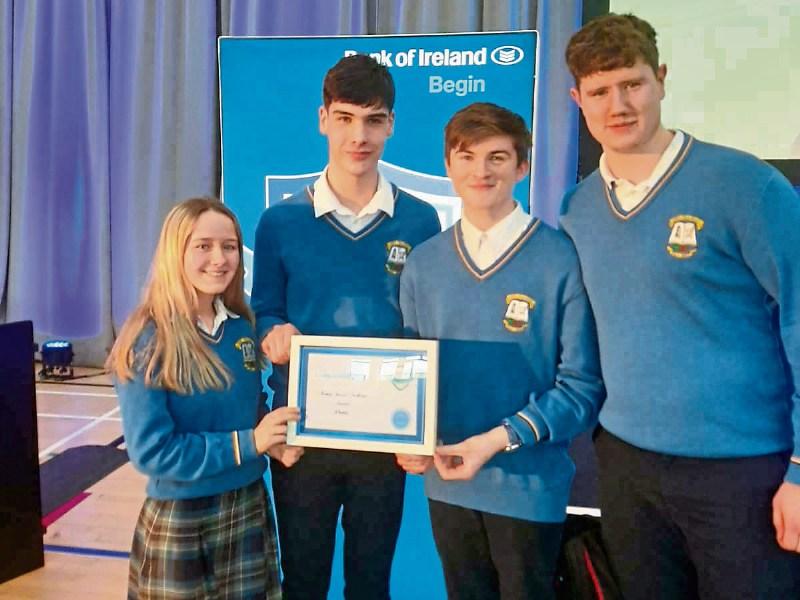 Three teams from Gael-Choláiste Chill Dara school in Naas went to Trinity College recently to compete in the Bank of Ireland’s Money Smarts Challenge. Two teams finished in second and fifth place of in the event which attracted some 55 teams.

The second placed team now progress to the event final and have a chance to win €25,000 for the school. This was originally due to take place in the Citywest hotel on April 2.

The competition is in its first year and participants attend financial wellbeing sessions and then endeavour to put what they learnt into practice in the afternoon in a quiz. The quiz questions are mostly money related, aimed at helping students to understand more about money management. There have been 18 regional finals all over the country and the two teams with the highest scores from every regional final attend the final.