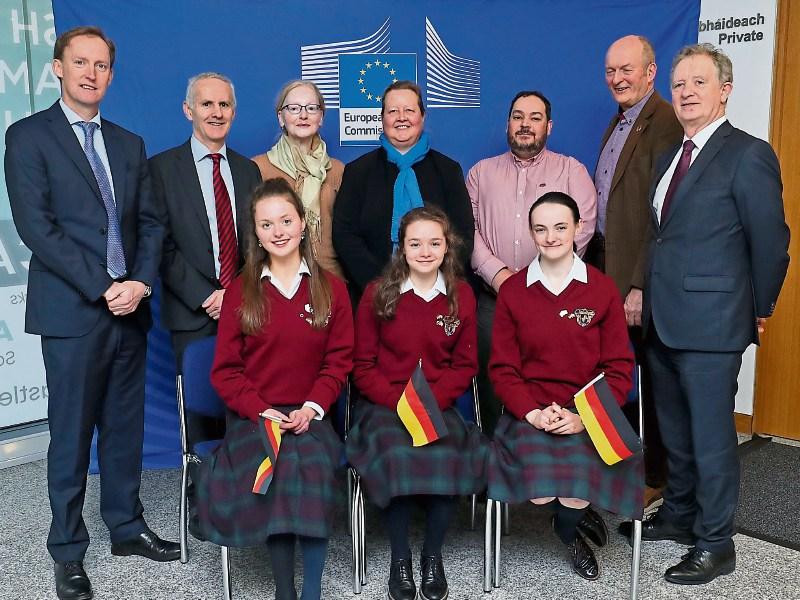 The MC is an annual debate for secondary school students organised by the European Commission every year since 2007.

The debate is a simulation of a meeting of the Council of the European Union and involves teams from secondary schools around Ireland, each of which represents one of the EU’s 27 Member States.

St Mary’s represented Germany. Before the debate, the students and their teachers research the issues for the country they are role-playing. The ambassadors from each EU country come to Dublin Castle on the day to meet the students representing their home country.

The subject of this year’s debate was climate change and the European Green Deal, the EU’s response to the existential challenge posed by the climate crisis and is a comprehensive package of structural reforms and new policy initiatives designed to make the EU the world’s first “climate-neutral continent” by 2050. Students were asked to debate greenhouse gas emissions as part of a set of EU policies and measures on climate change and energy that will help move Europe towards a low-carbon economy and increase its energy security.